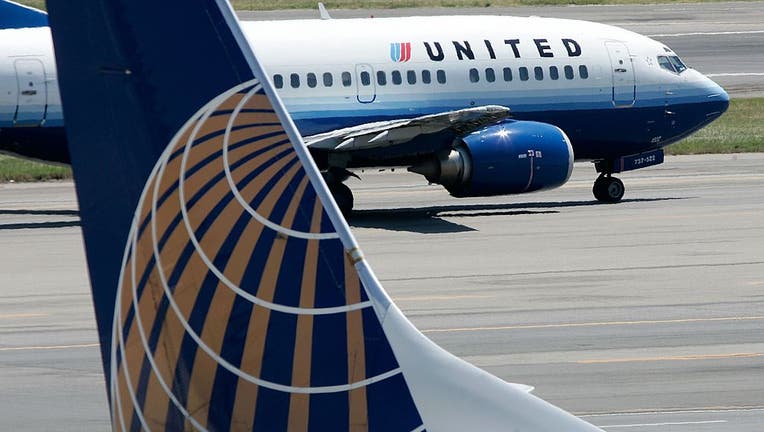 WASHINGTON - AUGUST 16: A United Airlines aircraft passes by a Continental Airlines aircraft as it taxis to takeoff from the runway of Ronald Reagan National Airport August 16, 2006 in Washington, DC. (Photo by Alex Wong/Getty Images)

Federal safety regulators have approved a path for United Airlines to resume using dozens of Boeing 777 jets that have been grounded since the engine on one plane blew apart over Denver last year.

The Federal Aviation Administration confirmed Tuesday that it has approved steps necessary for flights to resume using the planes, which have engines made by Pratt & Whitney.

United’s chief commercial officer, Andrew Nocella, said some of the planes will be in use within a week. The planes had recently appeared in United’s schedule, starting May 26.

The 52 planes account for about 10% of United’s passenger-carrying capacity, "so it’s really, really material" to United’s business, Nocella said at a Bank of America conference.

Last week, United senior vice president Patrick Quayle said the airline would start using a handful of the planes on routes within the U.S., and then add them on flights to Hawaii and international destinations starting in early to mid-June. United plans to be flying about 20 of them by the end of June, he said.

The planes were grounded in February 2021 after a Hawaii-bound plane suffered an engine failure shortly after takeoff and rained parts over the Denver area. The pilots were able to return to the Denver airport and land safely.

Shares of United Airlines Holdings Inc. rose more than 6% in midday trading, extending earlier gains after the airline raised its passenger revenue outlook due to rising demand for travel.