(CNN) -- A Federal Aviation Administration official has warned about the dangers of even small unmanned aircraft, pointing specifically to a recent close call involving a drone and commercial airliner that could have caused "catastrophic" results.

Jim Williams, the head of the FAA's Unmanned Aircraft Systems (UAS) office, discussed various potential perils during a presentation Thursday to those attending the Small Unmanned Business Expo. A video of his talk in San Francisco, and those of others, to those who operate, create or otherwise are involved or interested in such unmanned aircraft was posted to YouTube.

After saying "the FAA has got to be responsive to the entire industry," Williams referred to a pair of incidents in which drones caused injuries to people on the ground. One came at an event at Virginia Motor Speedway in which an "unauthorized, unmanned aircraft" crashed into the stands, and in the other a female triathlete in Australia had to get stitches after being struck by a small drone. 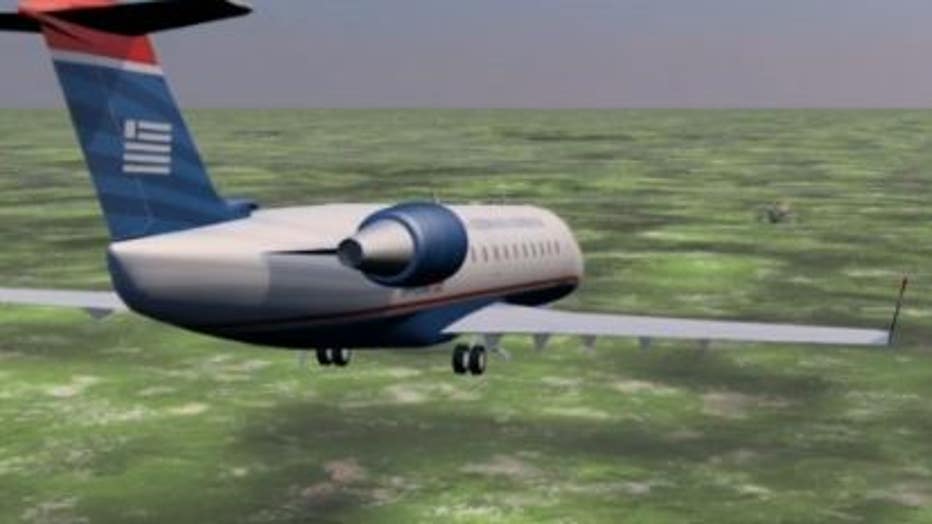 In a screen grab from this animation, an unmanned drone approaches a U.S. airliner over Florida. The drone can be seen approaching head-on, over the plane's right wing. (CNN)

Then, Williams segued to a pilot's recent report of "a near midair collision" with a drone near the airport in Tallahassee, Florida. He did not specify who the pilot worked for and what she was flying. As to the drone, the pilot said that it appeared to be small, camouflaged, "remotely piloted" and about 2,300 feet up in the air at the time of the incident.

"The pilot said that the UAS was so close to his jet that he was sure he had collided with it," Williams said. "Thankfully, inspection to the airliner after landing found no damage. But this may not always be the case."

Williams then referenced to the so-called Miracle on the Hudson from 2009, when US Airways Flight 1549 safely crash-landed in New York's Hudson River after striking at least one bird upon takeoff from LaGuardia Airport.

Such bird strikes are dangerous enough; a drone, even a small one, getting sucked into a jetliner's engine could be even worse, Williams said.

"Imagine a metal and plastic object -- especially with (a) big lithium battery -- going into a high-speed engine," he added. "The results could be catastrophic."

All these incidents speak to "why it is incredibly important for detect-and-avoid standards (for small unmanned aircraft) to be developed and right-of-way rules to be obeyed," the FAA official said. He added that such standards are in the works.

As to current regulations, Williams noted the FAA has appealed a federal judge's decision in a case involving businessman Raphael Pirker.

Pirker used a remotely operated, 56-inch foam glider to take aerial video for an advertisement for the University of Virginia Medical Center. The FAA then fined him $10,000, alleging that since the aircraft was being used for profit, Pirker ran afoul of regulations requiring commercial operators of "Unmanned Aircraft Systems" -- sometimes called UAS or drones -- to obtain FAA authorization.

A judge on March 6 agreed with Pirker that the FAA overreached by applying regulations for aircraft to model aircraft, and said no FAA rule prohibited Pirker's radio-controlled flight.

But on Thursday, Williams said that another judge had stayed this ruling pending the FAA's appeal.

"Nothing has changed from a legal standpoint," he said, "and the FAA continues to enforce the airspace rules."