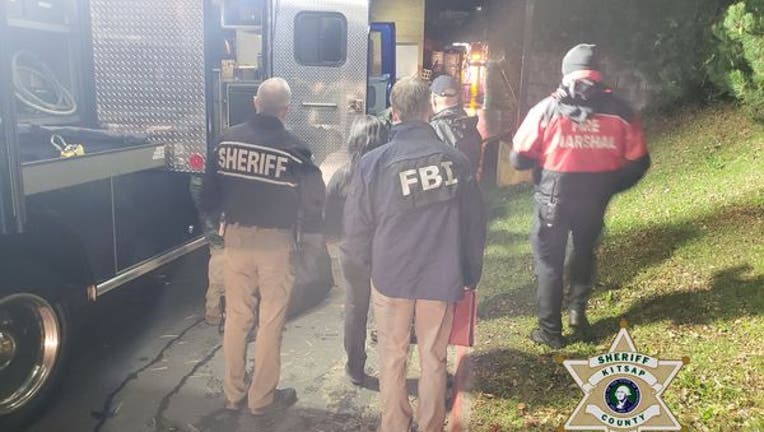 SILVERDALE, Wash. - Deputies are investigating after an explosive device was found in a parking lot behind multiple businesses in Silverdale on Tuesday night.

Deputies and firefighters responded to a report of suspicious activity in the 2200 block of Bucklin Hill Road at about 10 p.m.

When crews arrived, they found an explosive device behind the Tractor Supply Company and Happy Nails and Spa. They immediately secured the area and called in a bomb unit.

Several agencies responded to the scene and bomb technicians with the Washington State Patrol Explosives Unit dismantled the device.

Area businesses and several roads were closed due to the incident. All the major roadways reopened.