When asked about her own tweets, candidate Nicole Thomas-Kennedy attempted to pass them off as jokes. But her campaign manager Tye Reed also sent a series of troubling tweets in 2020

Abolitionist Nicole Thomas-Kennedy has been on the defensive over a series of Tweets she sent in 2020, before she launched her campaign for Seattle City Attorney.

Gregoire told FOX 13 News that Thomas-Kennedy's tweets were part of the reason for endorsing Davison.

When asked about a tweet calling property damage a "moral imperative," Thomas-Kennedy attempted to pass it off as a joke. Pressed again in an interview Wednesday, Thomas-Kennedy said she was a private citizen when the tweets were sent.

"I was not running at the time," she said. "Do I think it's appropriate to tweet that way now that I am running for office? No. And that's why I don't do it."

But Thomas-Kennedy is not the only one whose tweets are being called into question.

Her campaign manager Tye Reed also sent a series of troubling tweets in 2020, throughout a period of unrest following the murder of George Floyd in Minneapolis. 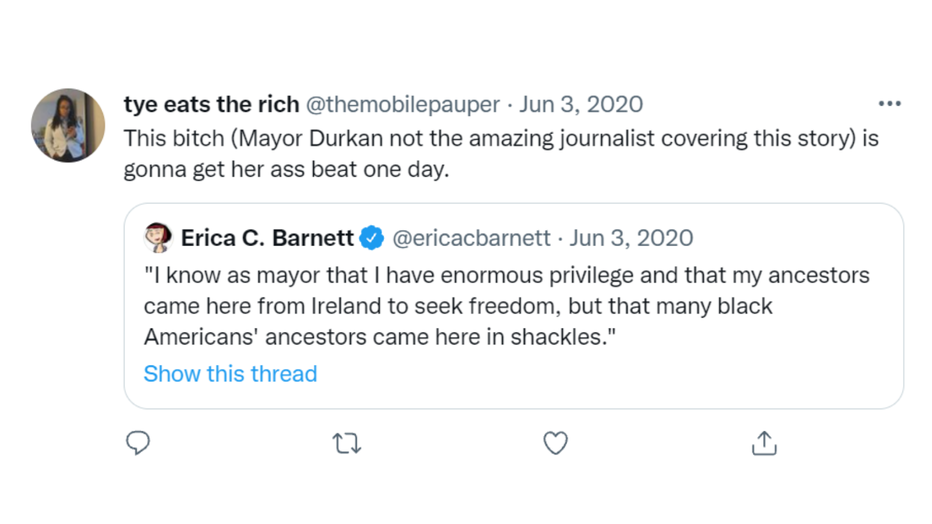 "Prayers the victim is a kkkop," she wrote on Oct. 2, 2020, in response to a tweet about a shooting in South Seattle. 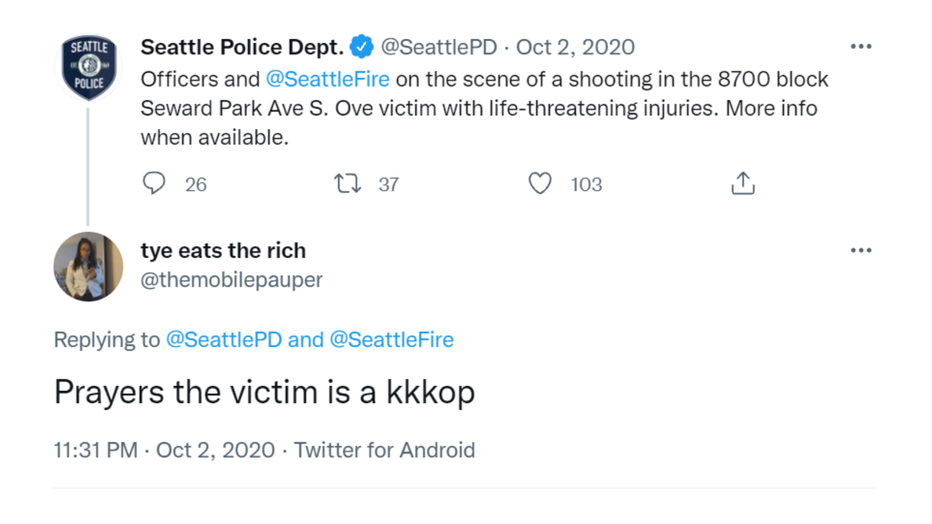 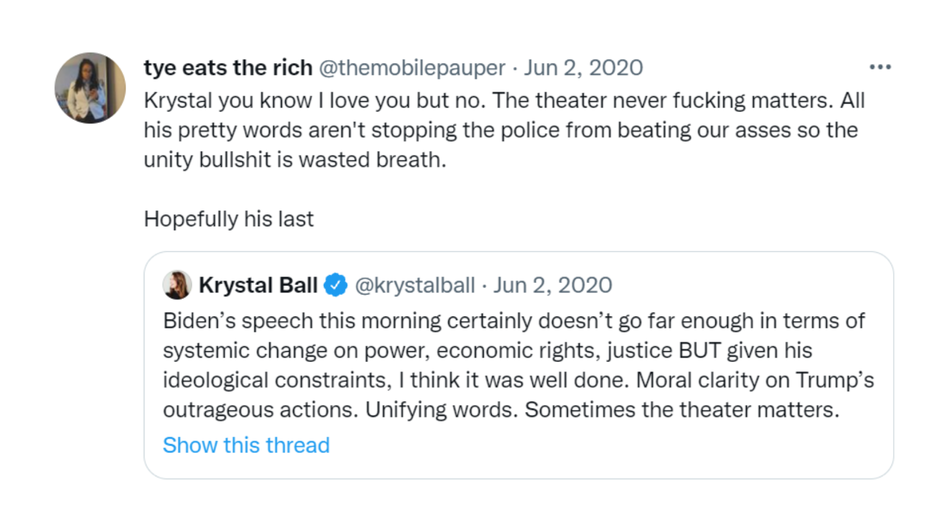 While the tweets were sent before Reed worked for Thomas-Kennedy's campaign, statements suggestive of violence have continued.

Asked Wednesday to respond her campaign manager's tweets, Thomas-Kennedy told FOX 13’s Hana Kim "she can speak for herself."

"I think that she’s a Black woman in America that has seen a lot of people that look like her being killed by police and she was probably pretty angry about that."

When Hana attempted to press the issue, a staffer for Thomas-Kennedy threatened to end the interview if the line of questioning continued.

The Chair of the Washington State Democratic Party, Tina Podlodowski, has been critical of Thomas-Kennedy's opponent, Davison, and urged voters to stand for their "values" in the November election. Asked for comment Wednesday about the violent tweets directed at Democratic leaders, a spokesperson for the party said Podlodowski's criticism of Davison does not equate to an official endorsement of Thomas-Kennedy.

"To be clear: we don't believe people should wish violence upon elected officials or anyone else. But the individual whose tweets you've screenshotted doesn't appear to have much affection for the Democratic Party or our elected officials and doesn’t work for us, so I'm not sure how or why our party would answer for inflammatory and irresponsible statements they might make," State Democratic Party Spokesperson Alex Bond wrote.