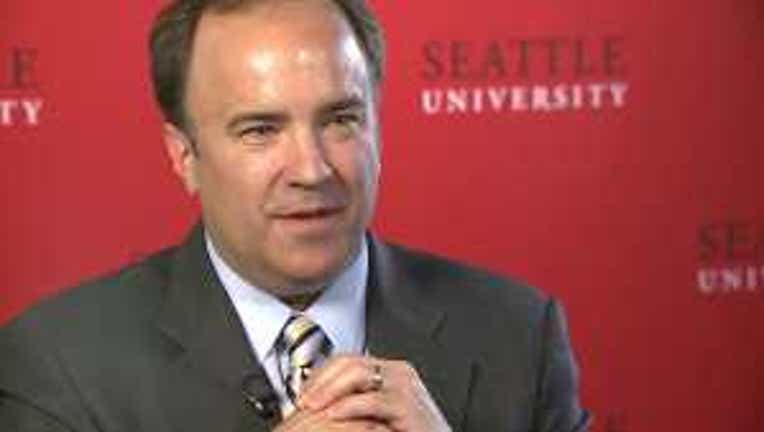 SEATTLE -- One of the big figures of the George W. Bush administration has relocated to Seattle to start a new chapter.

Scott McClellan was White House press secretary from 2003 to 2006, and was just recently named as the vice president of communications for Seattle University.

“When I stated exploring what was my next career move, higher education seemed like a natural fit,” said McClellan, whose grandfather was a longtime dean at the University of Texas Law School.  “Politics, obviously, was one way to get in and make a difference, but I’ve now kind of moved beyond a political career and started looking outside of that.

McClellan created a big stir with his 2008 memoir “What Happened” in which he accused the Bush administration of being in permanent campaign mode, especially with regard to the president’s signature foreign policy effort, the Iraq war.

“Unfortunately, what has happened in Washington is there’s too much political spin, there’s too much engaging in this effort to out-maneuver the other side and gain the political advantage for the next election,” he said.  “That’s kind of the larger picture I explored in the book.”

McClellan said that one of big turning points of Bush’s tenure was Hurricane Katrina.  The president’s poll numbers dropped and never fully recovered after the federal response was harshly criticized as inadequate.

“Flying over New Orleans in Air Force One, looking out the window, was one of the most negative images of his Ppesidency,” he said.  “I was actually one to say that that was a horrible idea.”

“I thought was agreed to, but by the time the next morning came around, my colleague had prevailed and convinced the president.”

McClellan hasn’t spoken to his former boss since coming out with his story.

“I still hope that we’ll have the opportunity to visit in the future and talk about things,” McClellan said.  “We did have that close bond, both being from Texas and working for him for seven and a half years.  It’s not up to me, it’s up to him.”

McClellan said his years in the White House were a once-in-a-lifetime period, but he’s happy to be doing something different now.

“I’m glad that I’m able to share some of what I learned,” he said, “whether it’s in a classroom here at Seattle University or talking at other events sharing what that experience is like.”