SEATTLE -- A former Seahawks player who helped lead the team to a Super Bowl XL has new hope for his young son who nearly drowned.

Sean Locklear and his wife, Tiffany, are opening up about the accident that left their little boy intellectually and physically disabled, and for the first time in more than two years, they have a reason to be optimistic.

It's thanks to an experimental treatment that reversed brain damage in another toddler who nearly drowned.

Talking about the accident that nearly took their son's life is still painful.

“We haven’t really recovered from it," says Tiffany Locklear. "And I think we still have a lot, I know I still have a lot of anger built up from the situation that I know we need to get over.”

Their family story that began with a love of football. Sean, as a starting offensive lineman for the Seahawks. Tiffany as a Sea Gal, cheering from the sidelines.

They got married and had a son, always gushing over their little boy Zane. 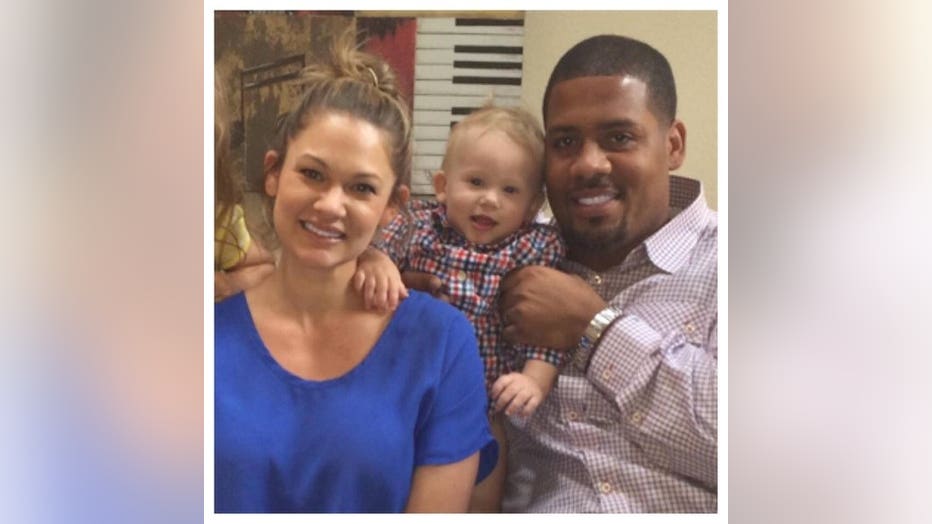 Just days before Tiffany gave birth to their second child in January 2015, Zane went to stay with his grandmother in North Carolina.

Not quite 2 years old, Zane was drawn to the swimming pool. It was fenced, but accessible through a house door.

After 84 minutes of CPR by a neighbor, paramedics, and hospital workers, doctors finally got a pulse.

Sean describes what he felt when they arrived at the hospital. “I broke down. I’m just lying there and I grab him and I hug him and I start kissing on him.

“I felt like a failure. I couldn’t protect my son,” he says. 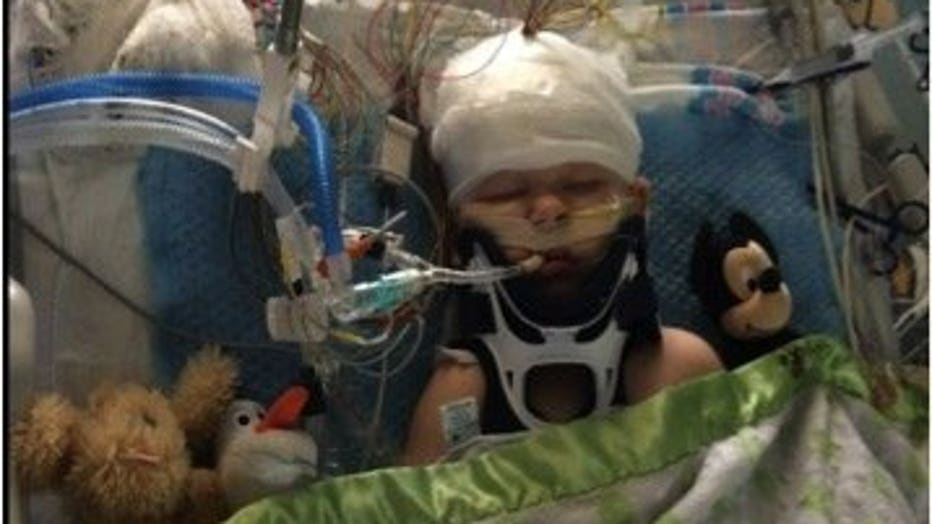 The doctors couldn't provide much hope. “They said he’s going to be a vegetable," but Sean says nothing could prepare him for what he would hear next. "They said, you guys aren’t going to want that, so just pull the plug."

Recalling their moment of crisis, Tiffany says, "No parent is going to want to give up on their child."

They didn't give up on Zane and through intense therapy, the now 4-year-old has made some progress, but the brain damage caused by a lack of oxygen has left him unable to walk or talk.

Recently, they received new reason to be optimistic, thanks to the miracle recovery of another toddler who nearly drowned.

Three-year-old Eden Carlson from Arkansas broke through her baby gate and nearly drowned in the family pool. It took medical crews more than 100 minutes to get a pulse. Like Zane, Eden suffered severe brain damage. Doctors told her parents she would remain in a vegetative state. 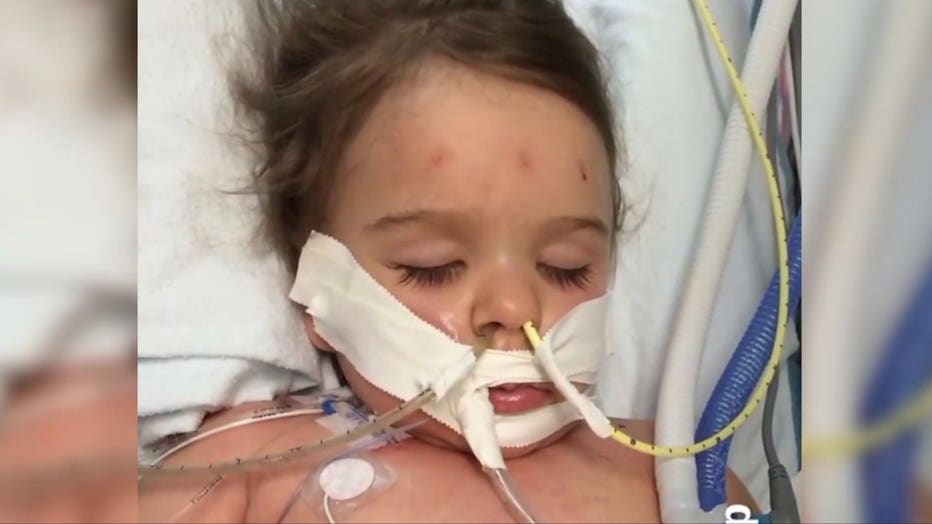 “It was completely devastating,” her mother, Krystal Carlson, says.

Eden started improving almost immediately. In what's believed to be a medical first, scientists at LSU Health say they reversed the brain damage in a child who nearly drowned.

“The crevices have filled in, which can only be due to brain growth,” says Dr. Paul Harch, who treated Eden. “By the time we were done, she was walking and talking. Mom felt she was cognitively back to normal.”

Mom Krystal Carlson is thinking about other near-drowning victims, saying, “We are just so thrilled that word is getting out about it that other children can be helped.” 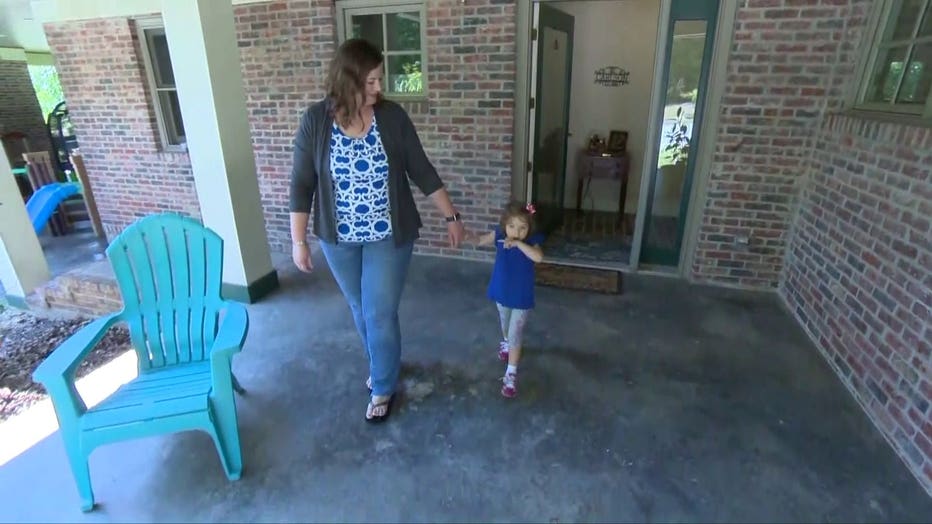 “Knowing maybe there’s a little light at the end of the tunnel. There’s some really hard, dark days that we go through with Zane and when we come across situations like this, it gives us more hope and encouragement,” Tiffany says.

Sean and Tiffany and their three small children are getting ready to travel to New Orleans for the eight-week oxygen therapy.

The medical community isn't set to declare the oxygen therapy a miracle treatment just yet. The FDA says hyperbaric oxygen therapy is not a universal treatment and its safety and effectiveness have not been proven for many conditions. Other experts are skeptical whether this oxygen treatment is a legitimate therapy for people with brain damage.

Because it's considered experimental it's not covered by insurance. So the community is coming together to support the Locklears.  Recently, dozens raised money by pedaling stationary bikes at Cyclebar in Redmond. In attendance, Locklear’s former teammates Lofa Tatupu, Jordan Babineaux, and Hall of Famer Walter Jones. 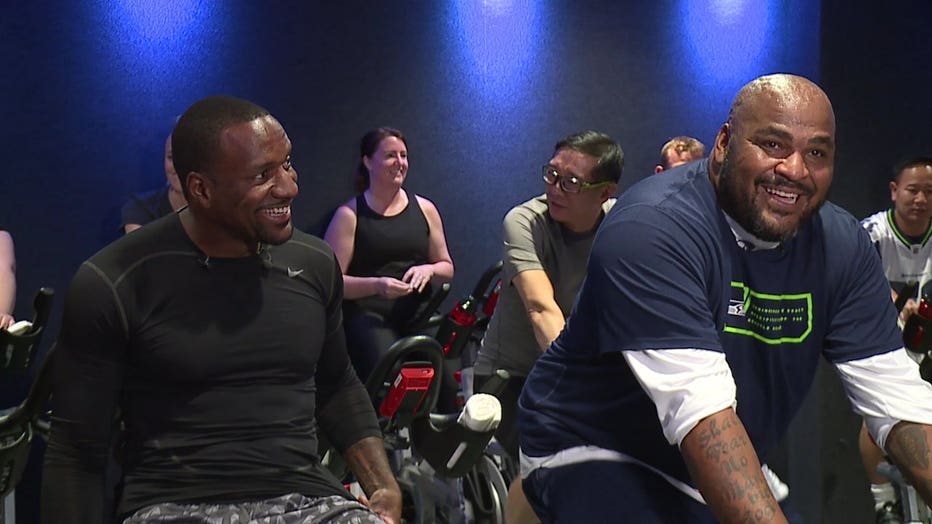 With Zane right up front, providing plenty of inspiration to keep pedaling.

“It’s sad, but you just want to be a friend," Jones says. "You want to be there for the support and to help him out in any way you can.”

It's not lost on Sean. “The support from former teammates has been great,” he says. 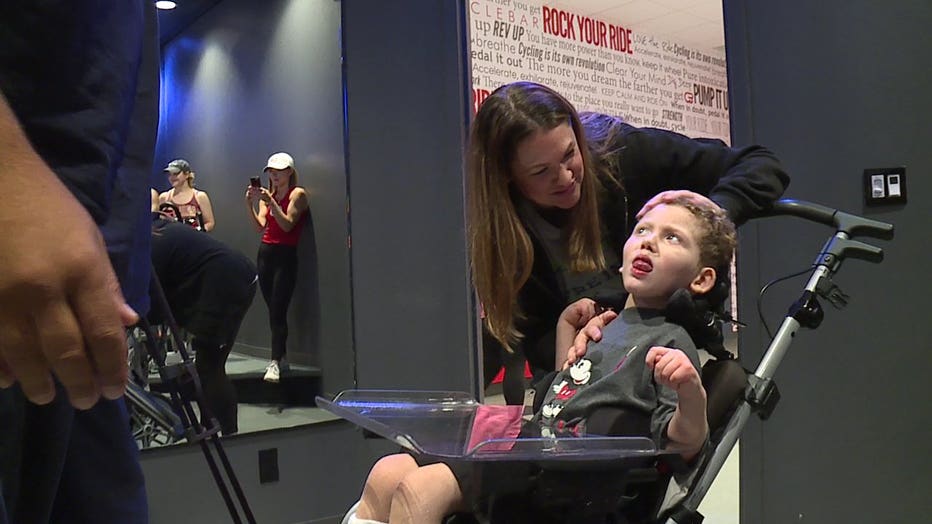 The Locklears understand there are no guarantees, knowing Eden started the oxygen therapy less than two months after her near-drowning accident, and for Zane it’s been more than two years.

But they say they'll keep fighting, to give their little boy a second chance at a full life.

“We’re never going to give up," Tiffany says. "We’re going to try everything possible.”

We will be following Zane’s progress once his oxygen therapy begins in New Orleans and will keep you updated.