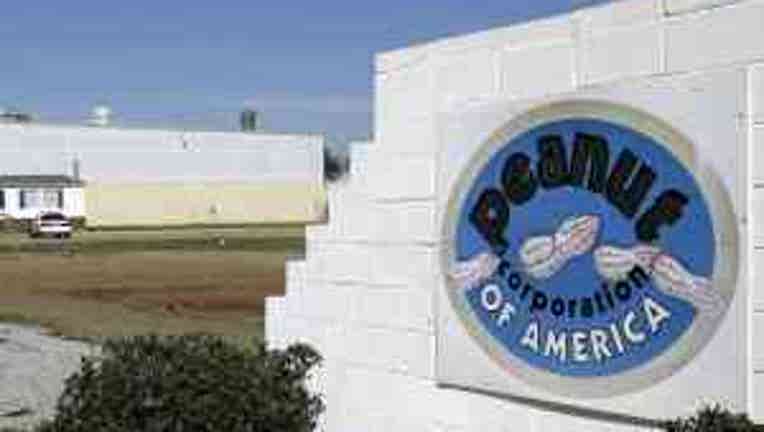 WASHINGTON -- A federal grand jury, investigating one of the largest food-related recalls ever, indicted four executives at the now-defunct Peanut Corp. of America,  accusing them of knowing that their products were tainted with salmonella bacteria, covering up the evidence and selling the food anyway.

The 76-count criminal indictment, disclosed Thursday, accused the four of engaging "in multiple schemes to defraud the company's customers."

Peanut butter, roasted peanuts and other items prepared at the plant were linked to a 2009 salmonella outbreak that sickened more than 700 people in 46 states and may have contributed to nine deaths.

The four executives allegedly failed to keep rodents and insects out of the Blakely plant, continued to ship products even when testing showed salmonella contamination, fabricated quality-assurance labels and lied to and misled investigators once the outbreak occurred, according to the Justice Department.

The peanut recall affected thousands of products made since 2007, including cookies, cereal and even pet treats, according to the Food and Drug Administration.

Felony charges of this scope are "unusual" in food-related cases, said Carl Tobias, a law professor at the University of Richmond.

"Often, something goes awry due to a mistake or some kind of negligence," he said. "In this case, the government believes profits were put ahead of the public's safety."

The Parnell brothers and Lightsey are charged with mail and wire fraud, conspiracy and introduction of adulterated and misbranded food into interstate commerce with the intent to defraud or mislead. Stewart Parnell, Lightsey and Wilkerson, who served in several positions, are charged with obstruction of justice.

The indictment was unsealed Wednesday but not disclosed publicly until Thursday.