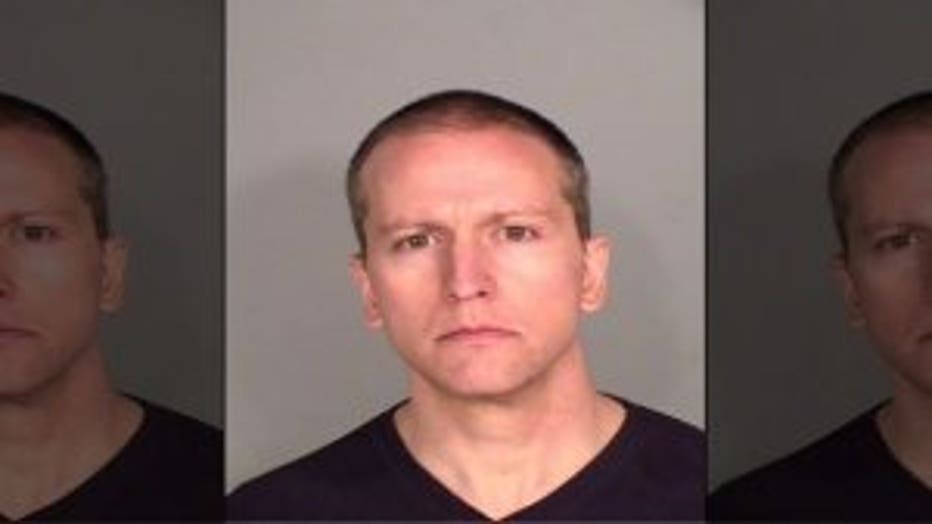 Chauvin was arrested and charged Friday afternoon, just four days after Floyd's death. He has been charged with third-degree murder and manslaughter.

“This is by far the fastest we’ve ever charged a police officer,” Freeman said.

Freeman pointed out the third-degree murder charge is the same one he filed against former Minneapolis police officer Mohamed Noor, a case he ultimately won. Noor shot and killed Justine Damond in 2017 after she called police to report a possible sexual assault in the alley behind her south Minneapolis home.

Freeman was asked if the escalating unrest in Minneapolis, St. Paul and surrounding cities influenced his decision to file charges so quickly.

“I’m not insensitive to what’s happening in the streets,” Freeman said, adding that protesters have been outside his own home all week as well.

Chauvin was seen in a video kneeling on George Floyd’s neck as Floyd repeatedly says “I can’t breathe.” The officer continued to press his knee onto Floyd’s neck even after he lost consciousness. None of the other officers at the scene attempted to check on Floyd until after the ambulance arrived, despite bystanders’ pleas.

Floyd later died at the hospital. His death has sparked national outrage.

According to the charges, Lane and Kueng responded to the initial 911 call from Cup Foods about a customer using counterfeit currency. They located Floyd in a nearby vehicle and, after some resistance, removed him from the vehicle and handcuffed him.

Chauvin and Thoa eventually arrived on the scene. The officers made several attempts to get Floyd into the squad car, but he resisted.

The charges say Floyd began saying and repeated that he could not breathe while he was still standing outside the squad car.

Chauvin pulled Floyd out of the squad car and he went down on the ground, still handcuffed. Kueng held his back and Lane held his legs while Chauvin pressed his knee onto Floyd’s neck.

Floyd told the officers “I can’t breathe” multiple times and repeated said “mama” and “please,” but the officers did not move from their positions.

At one point, Lane asks, “Should we roll him on his side?” and Chauvin says no. The body camera video shows Floyd eventually appear to stop breathing or speaking. Kueng checked his pulse and found none, but none of the officers moved until the ambulance arrived a few minutes later.

Chauvin had his knee on Floyd’s neck for a total of eight minutes and 46 seconds, including for two minutes and 43 seconds after Floyd was non-responsive, the charges say.

The full report from the Hennepin County Medical Examiner is pending, but preliminary findings from Floyd’s autopsy revealed he likely died from a combination of underlying health conditions, any potential intoxicants in his system and being restrained by police, according to the charges. There was no physical evidence that he died of asphyxia of strangulation.

“Police are trained that this type of restraint with a subject in a prone position is inherently dangerous,” the charges say.

8:08 p.m. – A clerk at Cup Foods called 911 to report that a man bought merchandise at the store using a counterfeit $20 bill. Officers Thomas Lane and J. Alexander Kueng arrive at the store and locate Floyd in a nearby vehicle with two other people.

As he is speaking with Floyd, Lane pulls his gun out, points it at Floyd through Floyd’s open window and orders him to show his hands. When Floyd puts his hands on the steering wheel, Lane puts his gun back in the holster.

The officers eventually order Floyd him of the vehicle and handcuff him, despite some resistance.
After being handcuffed, Floyd becomes compliant. The officers sit him down on the sidewalk and talk with him for two minutes, during which they ask if he is “on anything” and explain that he is being arrested.

8:14 p.m. – Kueng and Lane attempt to walk Floyd to their squad car, but Floyd stiffened up, fell to the ground and told the officers he was claustrophobic. Chauvin and Thoa arrive in a separate squad car.

8:19 p.m. – Chauvin pulls Floyd out of the squad car. Floyd goes to the ground face down and still handcuffed. Kueng holds his back and Lane holds his legs. Chauvin presses his knee onto Floyds neck. Floyd repeats, “I can’t breathe.”

At one point, Lane asks, “Should we roll him on his side?” and Chauvin says no. Lane says he is worried about “excited delirium” Chauvin responds, “that’s why we have him on his stomach." None of the three officers moved from their positions.

8:25 p.m. – Body camera video appears to show Floyd ceasing to breathe or speak. Kueng checked Floyd’s pulse and says he cannot find one. None of the officers moved from their positions.

8:27 p.m. – Chauvin removes his knee from Floyd’s neck. An ambulance and paramedics arrives and the officers place Floyd on a gurney.

9:25 p.m. – Floyd was pronounced dead at the Hennepin County Medical Center, according to the medical examiner’s report.