Detectives recovered the partial remains of Timothy McCamey. He vanished after being released from jail, and officers believed he cut his GPS tracker off.

EVERETT, Wash. - Everett Police are reaching out to the public to help put the pieces together regarding the last moments of a sex offender who vanished, and whose remains were eventually found two years later.

Back in 2020, law enforcement was looking for Timothy McCamey who also goes by 'Casper’.  The Level III sex offender fell off the grid after he was released from jail on March 31, 2020. Detectives initially believed he cut off his GPS tracker on his ankle, which is something detectives say sex offenders will do to avoid arrest.

At the time, McCamey was even featured on Washington’s Most Wanted.

However, it turns out the battery on the tracker had died.

That tracker was found still attached to the remains of his leg earlier in the spring of 2022.

"Our detectives started searching around and managed to find part of the remains attached to the ankle monitor which was damaged and no longer functioning but we were able to look at the ankle monitor, look at the serial number and track it back to who it belonged to," said officer Kerby Duncan of Everett Police.

The owner of the property where some of McCamey’s remains were found called police last March after he found bones.

Major crimes detectives are now focusing their investigation in an area on the southwest side of Everett, in a secluded area a mile off Larimer Road. His last GPS tracker ping was about 100 yards from a set of railroad tracks, near where his partial remains were found.

Investigators are hoping to find more of his body and try to determine his cause of death.  It was so wet during the Spring months that they couldn’t even get an excavator through the terrain to dredge the ravine.

"It was just muddy, up to your knees in mud with no grass so, at the time, it was easier to see remains but it was too hard to excavate due to the mud, so now we come back out and we have five feet of grass to work through but at least it’s dry," Duncan said. 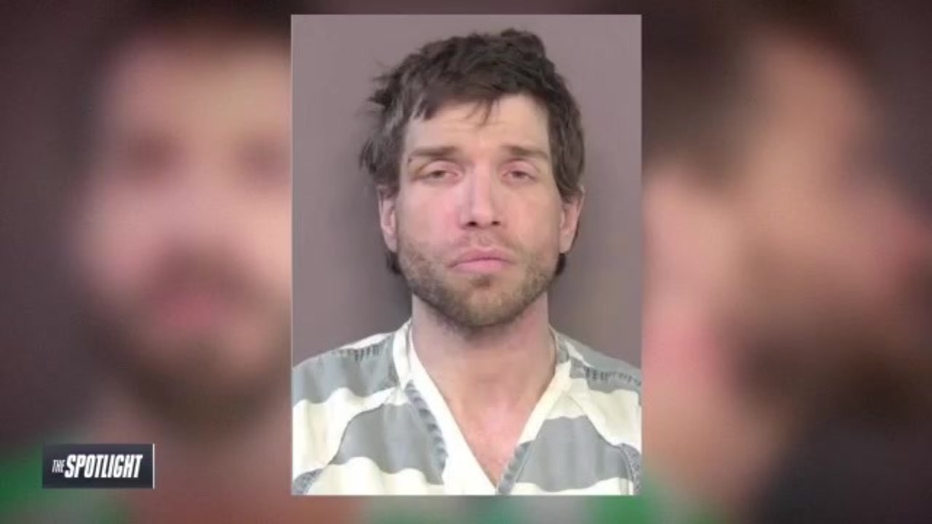 Little red flags marked spots in the field where other remains were found.

"We’re still trying to figure out if he was killed. Did he have an accident? Did he overdose? There could be a lot of reasons why his remains are out here and not all of them are nefarious," Duncan said.

Detectives are also trying to build a timeline of his last moments. After McCamey was released from jail, he spoke with his sister-in-l;aw on April 2, 2020 at 8:22 pm.

"Anyone who has spoken to Timothy or has seen him in his final days of life and can provide us any information, no matter how small it may seem, can help us piece together that timeline and determine when exactly he got out here, how he got out here, was he out here with anybody else and ideally how he died," Duncan said.

McCamey’s sister-in-law and aunt told FOX 13 that they both believe he was murdered, and say he was victimized as a child by his father, who is also now dead. They say they believe he never had a chance to succeed in life.

Everett Police say his past does not deter them from trying to find out what happened to him.

Why put this much effort into trying to solve the death of a convicted child molester?

"When we investigate deaths, we don’t take into account their history. We don’t care who they were before. We are here to do our best to determine if a crime occurred and to get justice for the family and to give peace of mind to the family. Their history doesn’t go into our equation," Duncan said.

Detectives are still looking into whether he might have gotten stuck while trying to cross the ravine before dying of exposure, or whether he may have been attacked while heading to a homeless encampment.

Determining whether there was a crime committed is proving difficult, detectives say. The mud is clay-like.  They spent hours pumping water and using it to break up the mud to sift through it.

"We don’t want his family to never know what happened," Duncan said.