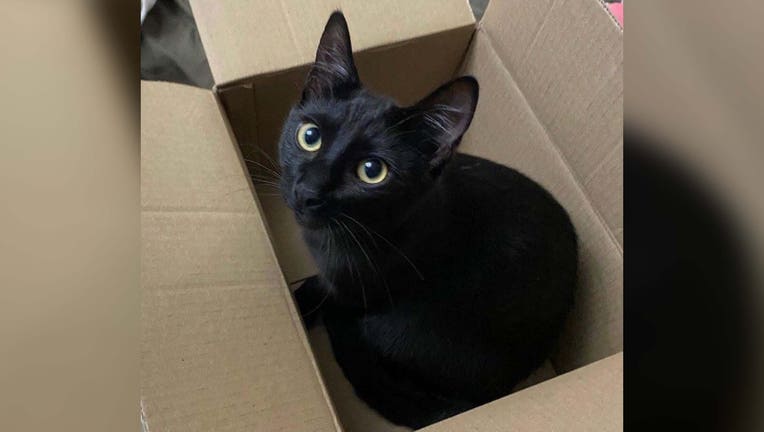 EVERETT, Wash. - Everett Police arrested a man suspected of shooting a cat in the eye with a pellet gun.

According to authorities, officers were called to a home near Lexington Ave and Lombard Ave around 8 a.m. Sunday. The homeowners said their cat ‘Hades’ was shot by someone driving by.

They gave officers a description of the suspect and car, and said the car’s license plate "started with a B."

Officers then found Hades, who had been shot in the eye with a pellet gun.

Probable cause was established for first-degree animal cruelty, and another officer recognized the suspect and vehicle description from a similar incident earlier in the year.

Police say they were able to see "items related to the crime" on the driver’s seat of the car. Officers impounded the car pending a search warrant.

Authorities also recovered surveillance video near the victims’ home, which appeared to show the suspect and his vehicle.

Some time later, the suspect called police to report his car had been stolen. Officers arrived to speak with him, and he eventually admitted to driving in the area and shooting a pellet gun from his car, police say.

The suspect was booked into the Snohomish County Jail for first-degree animal cruelty and second-degree malicious mischief. According to police, Hades is doing well at the veterinarian.