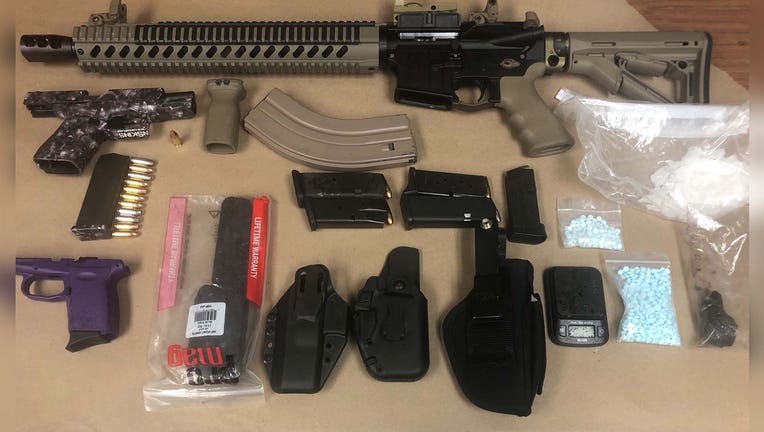 Officers arrested him for the criminal offense, but given his alleged history of carrying drugs and illegal guns, they called Lynnwood Police and requested a K9 to inspect the man’s car.

Police say the K9 alerted officers to drugs inside the car, so they searched it.

Inside, they found a loaded rifle, a loaded stolen pistol, several gun magazines, 75 grams of meth, 528 fentanyl pills and 23 grams of heroin. The man was arrested for the traffic crime, but Everett Police have not said whether he faces additional charges for the drugs and guns.