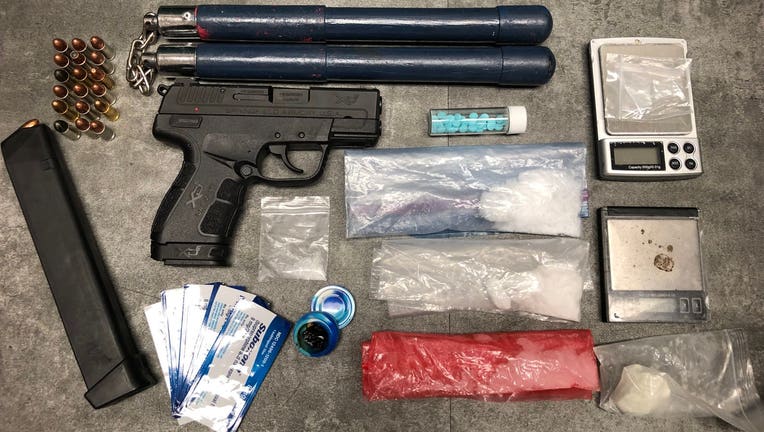 EVERETT, Wash. - Everett Police arrested a man and recovered a gun, drugs, drug paraphernalia and a pair of nunchucks.

According to authorities, officers saw a known felon sitting in the driver’s seat of a parked car, and say they developed probable cause to arrest him and search the car.

While detaining the man, officers found methamphetamine on him. Police say he made statements that led officers to suspect a gun was in the car.

The K9 unit arrived and Lynnwood’s drug-sniffing dog alerted officers to narcotics in the car. Officers ran a search warrant on the car and recovered a handgun, meth, heroin, suboxone, fentanyl pills, 12 grams of pure fentanyl and a pair of nunchucks.