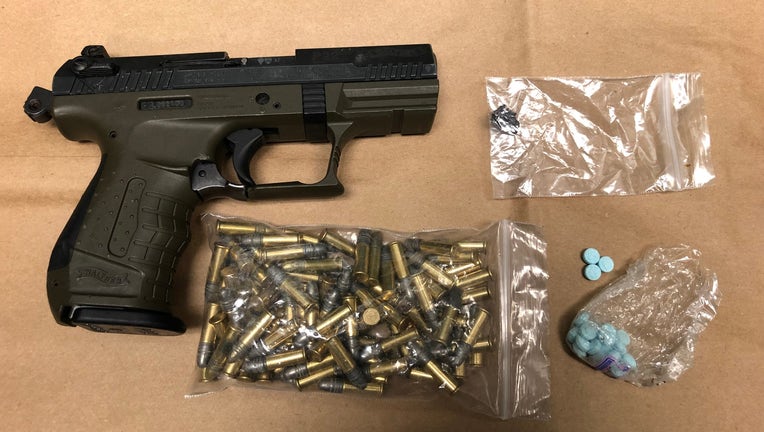 EVERETT, Wash. - A four-time convicted felon was arrested after leading police on a chase in Everett last week.

According to a Facebook post from the Everett Police Department (EPD), officers noticed a motorcycle driving without a license plate. When officers tried to pull the driver over, he dropped the motorcycle and took off running.

Authorities say the suspect led police on a chase for several blocks, cutting though an apartment complex along the way. The suspect then ditched his backpack, which was recovered by police along the way.

Officers eventually caught up to the suspect and took him into custody without incident.

RELATED: Suspect arrested, employee recovering after a shooting at an Everett restaurant

Inside the backpack, officers found a loaded semi-automatic pistol and additional ammo for it.

The EPD was able to identify the suspect and learned that he had an active felony warrant for his arrest.

Details about the suspect, his criminal history, and the exact date, time and location of this incident are limited at this time.