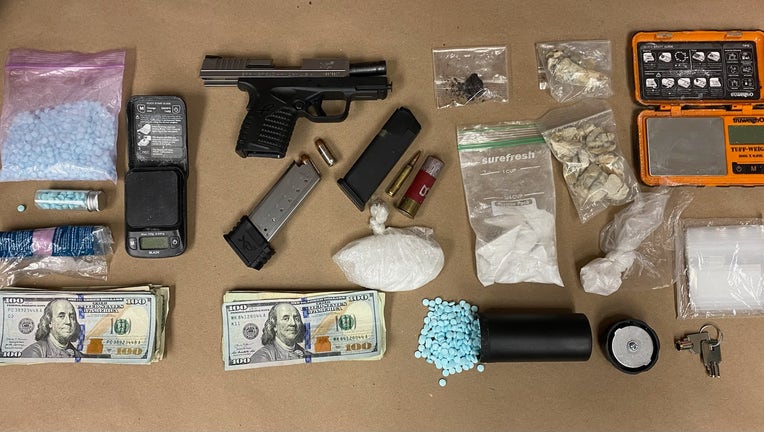 EVERETT, Wash. - Police arrested a man in Lynnwood last week and recovered a wide variety of street drugs, a loaded firearm and cash.

According to the Everett Police Department (EPD), officers with the Violent Crime Reduction Unit spotted a man wanted for second-degree robbery driving a rental car. Officers followed him to a residence in Lynnwood, and arrested him the moment he got out of the car.

When officers with the Department of Corrections arrived to the scene, they searched the suspect’s car and recovered the following:

EPD officials say the 13-time convicted felon was booked into the Snohomish County Jail for unlawful possession of a firearm, possession of a stolen firearm and three counts of Violation of the Uniformed Controlled Substances Act with intent to distribute.

The Snohomish Regional Drug Task Force says Airport and Highway 99 has become what they call, "an open air drug market."