An Everett man has been accused of stealing a high-powered rifle from a patrol car during a protest that was declared a riot in downtown Seattle on May 30.

SEATTLE - An Everett man has been accused of stealing a high-powered rifle from a patrol car during a protest that was declared a riot in downtown Seattle on May 30.

Jacob D. Little, 24, was charged in U.S. District Court in Seattle on Friday with possession of a stolen firearm, the Daily Herald reported.

In a criminal complaint, U.S. attorneys said the rifle was stolen during protests that happened after the death of George Floyd, who was killed by a Minneapolis police officer.

Officers with the Seattle police photo unit abandoned their patrol vehicle when they were reportedly overwhelmed by protesters. Police say they took refuge in the nearby Nordstrom store, where they took photos from above, according to the charges. 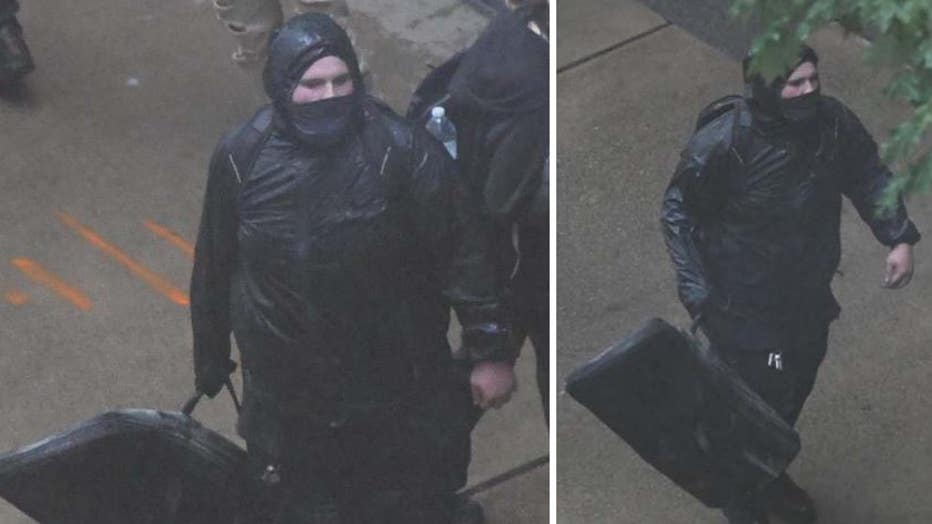 Images released by Department of Justice

Around 3:30 p.m., police say, the protests escalated, resulting in the destruction of six patrol cars. Among other equipment, five firearms reportedly disappeared from police vehicles, including a Colt M4 rifle with a suppressor that, according to U.S. attorneys, was taken by Little.

U.S. attorneys say he was seen — in photos taken by police and in video posted on YouTube — taking a heavy bag from a Seattle police vehicle outside Nordstrom. Little also apparently posted an image of himself on Snapchat in which he is posing in front of the same vehicle. An anonymous tipster reportedly shared the Snapchat image with police, along with the name of a suspect.

Investigators searched Little’s house, where they say they found guns and clothes that appeared similar to those worn by the man in the photos and video.

Investigators also searched Little’s phone and say he found that he was trying to sell the firearm. According to the charges, he texted a potential buyer that he took off accessories that matched those that were with the police firearm.

The gun has not been recovered.

The case is being investigated by the Seattle Police Department and the Bureau of Alcohol, Tobacco, Firearms & Explosives, with assistance from the Snohomish County Violent Offender Task Force.