KENT, Wash. – An inexpensive necklace containing priceless ashes was stolen from a car in Kent to the shock of the owner.

The ashes are those of Courtney Campbell, a 26-year-old barista who was killed in a propane accident in 2016, while working at her Everett stand. Pieces of jewelry were made after her death, including bracelets for her two young daughters and a necklace for her brother, Tyler Campbell.

“The necklace sat here on the gear shift,” said Campbell, pointing out where the $15 dollar urn should be in his car. “It was a silver necklace, big green heart stone on it.”

Campbell found his car unlocked on Monday morning, with several items missing. His tools were stolen, along with fishing gear and a pair of headphones. 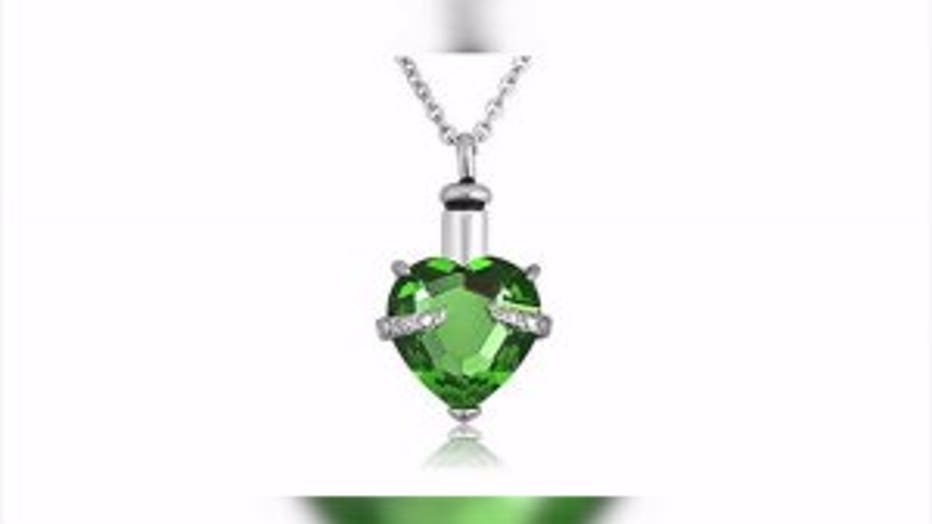 “The glove box had gone through, stuff was scattered throughout the car,” he said. The necklace, he said to his surprise, was also taken.

“It just doesn’t seem like something you would grab,” he said.

The necklace, he said, was his way of remembering his sister Courtney. “It’s just something that I wanted to have her with me still,” he said.

Campbell said the night she died was the worst night of his life, finding her ashes stolen Monday morning brought the pain back. “It’s just an open hole still there,” said Campbell. “You think about her every day but it’s a lot more when something is missing.”

Kent Police told Q13 News that car prowls are happening across the city. Between May 2 and May 8, 29 cases of car prowls were reported to police, more than four prowls a day. They said although that may seem like a lot, the number was actually down from the week before.

They recommend these 10 tips from the Washington Auto Theft Prevention Authority:

Campbell said he’s hoping someone will return the necklace, or turn it into police.

“I just want it back. I don’t care about the rest of my stuff, that’s replaceable; the necklace is not.”