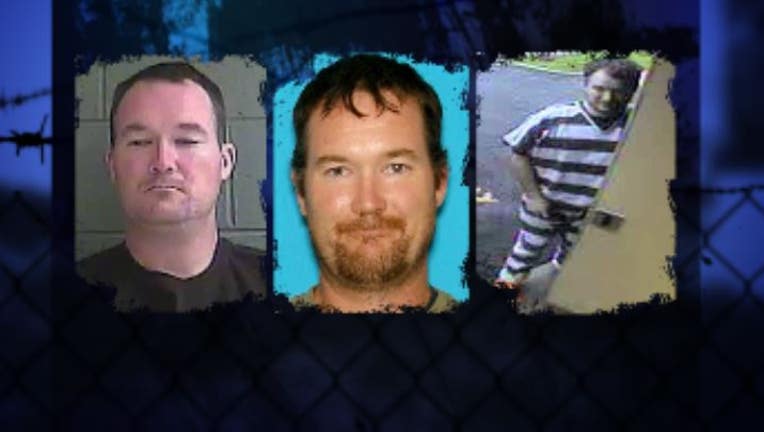 FUGITIVE CAPTURED November 9, 2015 -- Ronald Rutledge was caught Monday night near Loon Lake in Stevens County. FUGITIVE WANTED IN LINCOLN COUNTY November 6, 2015 -- A manhunt is on in Lincoln County for ‘armed and dangerous’ inmate, Ronald Rutledge, who pulled-off a daring escape from the jail in Davenport. Surveillance video shows him darting across the parking lot where he's able to steal a kitchen worker's car because he'd swiped her keys from inside the jail earlier. Another camera shows what happened right before his mad dash. His in a black and white striped jail uniform. He was working kitchen duty and was let outside to take out the trash. He goes off camera and you see the workers reaction when she sees him bolt -- putting her hands to her face in disbelief.

Deputies say Rutledge drove her car to a house, ditched it, then stole an ATV and possibly a rifle -- causing authorities to consider him ‘armed and dangerous.’ They were searching for him last weekend north of Reardon, but he's still on the run. Rutledge is serving time for burglary and stealing cars. This isn't the first time he's escaped from custody. He took off from a work release detail while in the Whitman County Jail in 2010. If you know how to help get him back behind bars, call an anonymous tip into: CRIME STOPPERS: 1-800-222-TIPS You must call the Crime Stoppers hotline with your tip to be eligible to receive a cash reward for information leading to a fugitive’s arrest. CLICK HERE for information on how to TEXT A TIP to Crime Stoppers