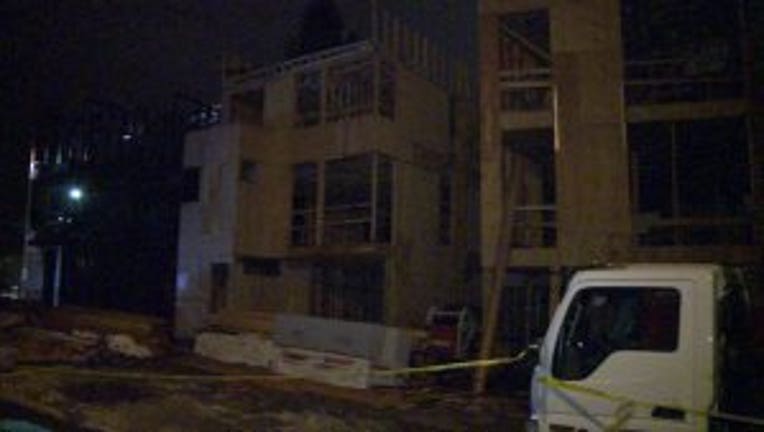 SEATTLE -- A group of unidentified anarchists claimed responsibility Tuesday for a house fire at a construction site Feb. 26 in the Judkins Park neighborhood of Seattle.

Fould play was always suspected, but now it appears to be confirmed. In a letter posted on Pugetsoundanarchists.org, a website for Pacific Northwest anarchists, a group claimed responsibility for the fire that damaged a single family home and construction equipment at the corner of South Norman Street and 24th Avenue South.

The letter, signed by Some Anarchists, said the fire was started because "sustainable development is a myth that makes us sick." The letter also made reference to alleged anarchists arrested after last year's May Day protests.

No connection was made to the Earth Liberation Front, a group of loosely organized individuals who have previously claimed responsibility for arson and other forms of sabotage in the name of environmental activism.

Neighbors who witnessed the fire in February said the flames were intense.

"It was a 40-foot ball of fire," said neighbor David Lee. Lee spotted the fire from his kitchen window around 12:30 a.m.

Longtime resident Langdon Marsh says gentrification and urban renewal is a problem in the Judkin Park neighborhood but said those problems were no excuse for arson.

“I don’t know if they really did it or not or if it’s just an opportunity to make a point,” said Marsh.

Here is the full letter posted on Pugetsoundanarchists.org:

Just before midnight, Monday Feb 25, we strolled over to the townhouses under construction on 24th and Norman in the Central District. After slipping inside, we set one ablaze. Oh what ease! Oh what fun!

Sustainable development is a myth that makes us sick. By furthering gentrification and ecological destruction, these buildings dress disaster up as progress, promising a "green" future that will never be.

Our attack was just one more opportunity to joyously reject the status quo. It was another attempt to shed the subjugated subjectivity forced upon us by Capital and the State. We act against civil society and its attempts at domestication. F___ that s___.

Solidarity with Maddy, Kerry, and all the silent ones still facing repression by the Federal Grand Jury. We will not cower in fear. We will not remain docile in the face of State terror.

Now is the time to attack! Enemies abound. Weapons are everywhere.