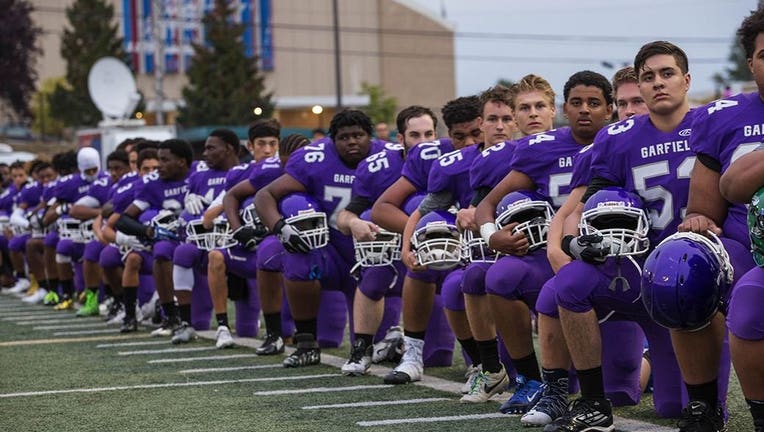 SEATTLE -- The entire Garfield High School football team, including the coaches, took a knee during the national anthem Friday night before their game against West Seattle High on Friday night to protest "social injustices."

Our news partner The Seattle Times captured the action on video:

(Video curtosy of the Seattle Times)

After the game, which Garfield won, Garfield High School head football coach Joey Thomas said that "the players decided to do this" to bring attention to "social injustices," emphasizing that it was "a player-driven" move and that his players plan to continue the practice during the anthem before every game "until they tell us to stop."

Here is an interview with head coach Joey Thomas:

This is believed to be the first time that an entire high school football team knelt during the anthem.