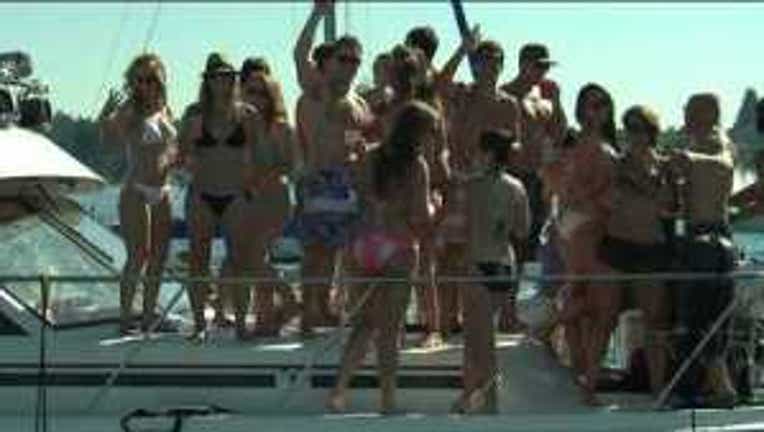 The heat is on -- and local emergency crews are preparing for what could be a busy weekend.

A ridge of high pressure and a thermal trough will combine to give us sunny skies and the warmest temperatures of the year so far this week -- with possible record-breaking highs on Sunday.

The Puget Sound area will soar into the upper 80s to near 90 over the weekend.  Even the coast sees sunshine and warm temperatures.

Onshore flow cools us down to near 80 on Monday. Tuesday through Thursday will see morning clouds with afternoon clearing and highs in the low-to-mid 70s.

And so Seattle police and firefighters will be keeping an eye on dangerous situations.

Experts say hypothermia can still set in even during the hottest days if swimmers are in the water too long. And people often don't realize hypothermia is setting in until it's too late.

Drinking alcohol can make for a good time, but it also dehydrates and can lead to heat exhaustion and possibly heat stroke. Experts say to drink a lot of water throughout the day.

Police officers want people to know during Seafair that if they boat and booze, they will lose.

Officer Wendy Willette is one of the many officers patrolling the water on Lake Washington. She says officers aren’t trying to be party poopers. They just want everyone to return home safe and sound.

“A lot of people under the influence of alcohol with sun exposure, they don’t know they’re dehydrated," she said. "It can take its toll. They think, ‘I’m next to the boat, I’m OK. I can go for a short swim. I’ll be fine.’ And before you know it, you’ve got someone going under the water struggling,” Willette said.

Officers say that Friday morning was rather uneventful and that is how they like it. With warm temperatures this weekend, they expect to be busy