SEATTLE -- Wednesday kicked off with sunny skies, warm temperatures and stunning views of the city, but how long will it last?

Q13 Meteorologist Katie Boer says we can expect another day of warm, sunny weather on Thursday. Temperatures will be near 80 degrees, but cooler temperatures and cloud cover will arrive late Thursday, with rain chances increasing just in time for the weekend. 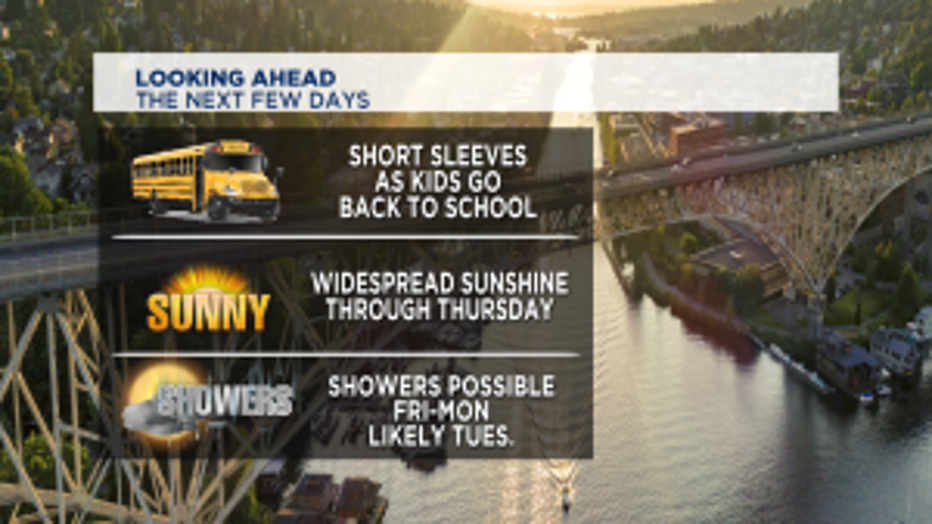 Some models expect rainfall earlier in the day on Friday, while others predict the front to arrive later on Friday evening. The front is expected to linger through the weekend and into early next week.

The rain would be good news for some of the wildfires that continue to burn across Washington.

Rain chances will stick around through Saturday and Sunday, with a possible break in the rain chances from late Saturday through early Sunday. But another front moving in off the coast of British Columbia brings with it the threat of rainfall late Sunday and into Monday and Tuesday.

Highs for the weekend are expected to hover around 70 degrees, then drop to the mid-60s Monday and Tuesday.