SEATTLE -- The health of an endangered southern resident orca is in rapid decline, a stark reality captured by drone images this month.

NOAA Fisheries first sounded the alarm on J17's health last September, but new aerials from May 6 show how much worse she has gotten since then. Now, NOAA says her three-and-a-half-year-old daughter, J53, is also declining. 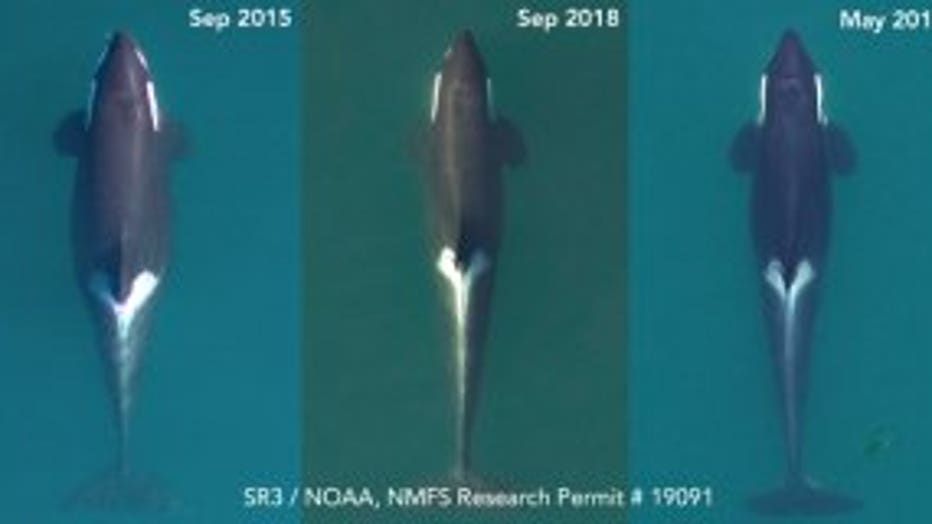 Endangered orca J17's health is getting far worse. Drone images show just how bad her health has declined, even since NOAA sounded the alarm in September 2018.

In the latest image, you can see the outline of J17's skull, commonly referred to as 'peanut head.' It's when an emaciated whale has burned through its fat storage trying to survive. Back in September, J17 was "very lean but had not yet developed such an obvious 'peanut head,'" according to NOAA.

The image on the far left shows when J17 was pregnant with J53 and, according to NOAA, in peak condition.

NOAA Fisheries will monitor both J17 and J53's conditions throughout the summer with aerial visuals and by collecting feces and breath samples and scraps of the whales' prey when possible. Scientists say that information can help determine the whales' diet, potential pregnancies and exposure to any diseases.

J17's family has had a particularly difficult year. J17 is also the mother of J35, the southern resident orca who carried her dead calf on her head for 17 days last summer in a so-called "tour of grief."

At this time, NOAA Fisheries says it has no plans at this time to intervene with either whale. Last summer, NOAA took unprecedented measures to save a young, severely emaciated whale, J50, including dart injections and live feeding trials. Still, the orca did not survive.

NOAA is asking the public to give the southern residents more space on the water so they can better forage. A new Washington state law mandates all vessels stay at least 300 yards away from southern resident orcas on the sides and 400 yards away in front or behind the whales. The law also states boats must travel at seven knots or less within a half nautical mile of the endangered orcas.

In Canadian waters, a new policy of staying 400 meters, or 437 yards, away from all killer whales will go into effect in June. 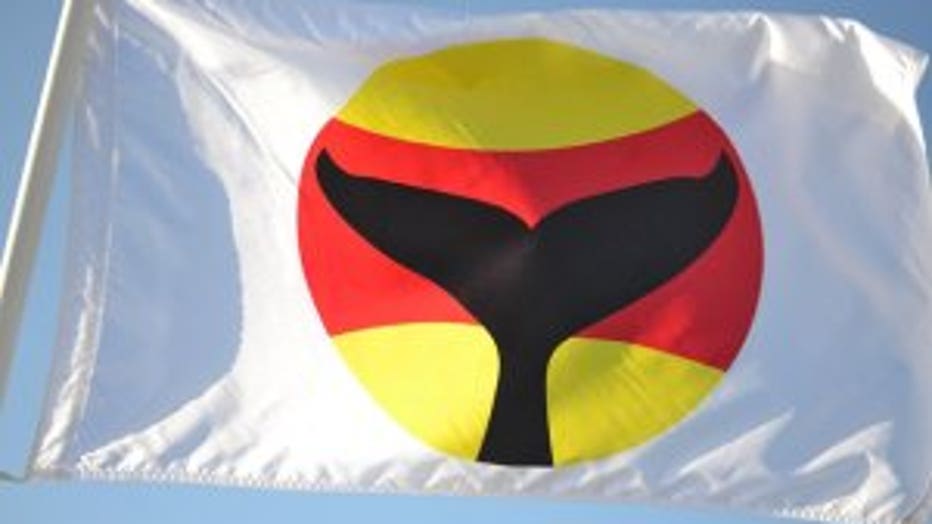 A whale warning flag flown by any vessel in the U.S. or Canada is a signal to other boats to slow down, watch for whales and keep your distance.

If you see a whale warning flag being flown by any vessel in the U.S. or Canada, it's a signal that whales are in the area and to slow down, watch for them and keep your distance.

The southern resident orca population is in critical decline as a whole. There are only 75 whales left. The species has been listed as endangered since 2005. Scientists cite lack of prey, contaminants and vessel disturbance as the three main threats contributing to the population's decline.