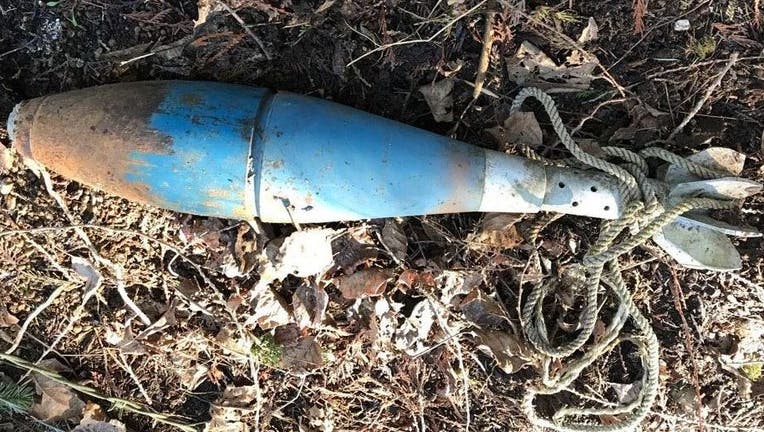 PARKLAND, Wash. - The Pierce County Sheriff's Office bomb squad has found an "inert" mortar round at an abandoned homeless camp in Parkland.

The empty explosive was found on 112th Street E on Monday afternoon.

Bomb squad officials describe it as a 120mm mortar round. Investigators at the scene confirmed through an x-ray that the mortar was in fact an "inert training round."