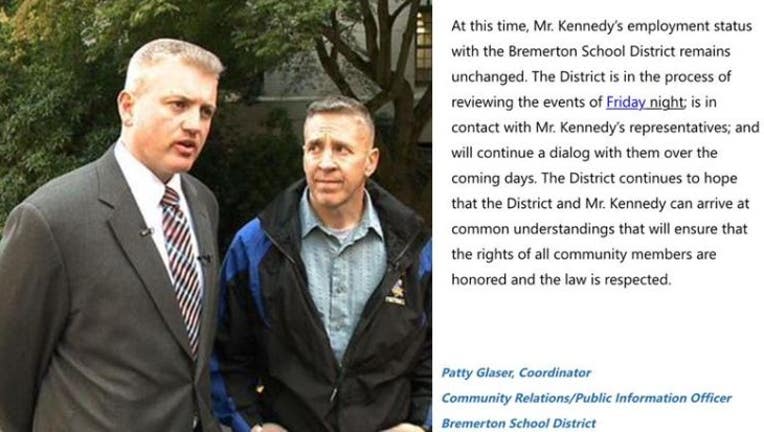 BREMERTON, Wash. (AP) — A Washington school district says it is negotiating with the football coach who continues to pray after games after district officials asked him to keep religion off the field.

Bremerton High assistant coach Joe Kennedy knelt as his players left the field Friday night and prayed. The Kitsap Sun reports players from the other team and others joined him.

The school district says in a statement issued Monday that Kennedy's employment status is unchanged. School officials are reviewing the events of Friday night and are talking to the coach's lawyers.

District spokeswoman Patty Glaser says the district hopes they can arrive at an understanding with Kennedy that will respect the rights of all community members, and follow the law.