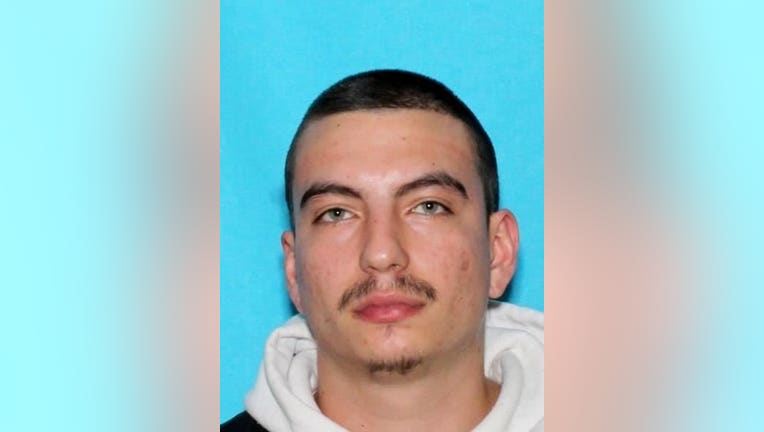 "Tacoma's Violence Reduction Team and K9 assisted detectives in arresting Calvillo around 8pm this evening in Tacoma. Calvillo was booked into the Pierce County Jail on the Murder 2nd warrant."

Police issued a nationwide warrant for Emilio Vicente Calvillo who is wanted in connection with the murder of a Tacoma man.

Calvillo is suspected of shooting and killing Nelvin Tucker inside of his apartment May 8 on S. 58th St. in Tacoma.

Tacoma police said Thursday that a nationwide arrest warrant was issued for Calvillo for murder in the 2nd degree.

Emilio Vicente Calvillo is 27  years old, 5’ 4” tall, weighs 130 pounds He has very short black hair and green eyes.  Police say at the time of the homicide, he had a dark mustache.

Tacoma police say Calvillo should be considered "armed and dangerous." He frequents the east side of Tacoma, but police say he could flee the state or even the country.

If you can tell King County deputies where to find him, Crime Stoppers of Tacoma-Pierce County will pay you up to $1,000. Call the hotline at 1-800-222-TIPS(8477), or text the info through the P3 Tips app that you can download to your cell phone for free. It is completely anonymous.