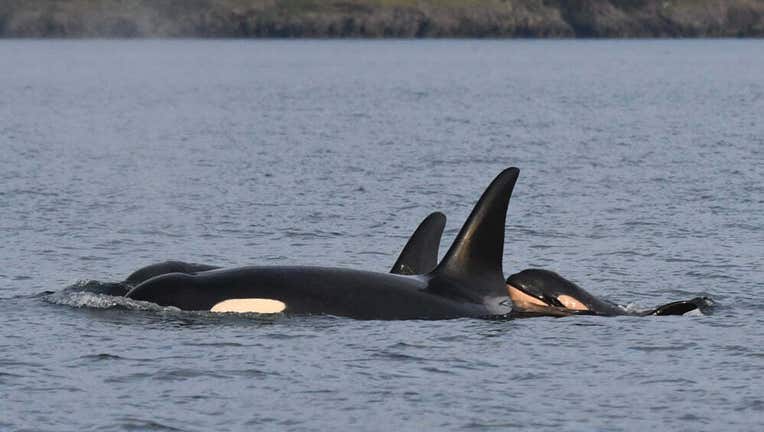 OLYMPIA, Wash. - Officials with the Washington state Department of Fish and Wildlife (WDFW) issued an emergency order on Thursday, requiring whale watching vessels and boaters to keep away from Southern Resident killer whales this summer. This reminder follows a recent declaration of 13 whales being considered ‘vulnerable’.

According to the WDFW, whale-watching vessels and boaters are now required to stay at least one-half nautical mile away from the endangered whales. A number of them in the Puget Sound region are reportedly in poor body condition or pregnant. WDFW says it's important, especially ahead of 4th of July weekend, for boaters to be reminded of this emergency order in order to keep these whales alive. 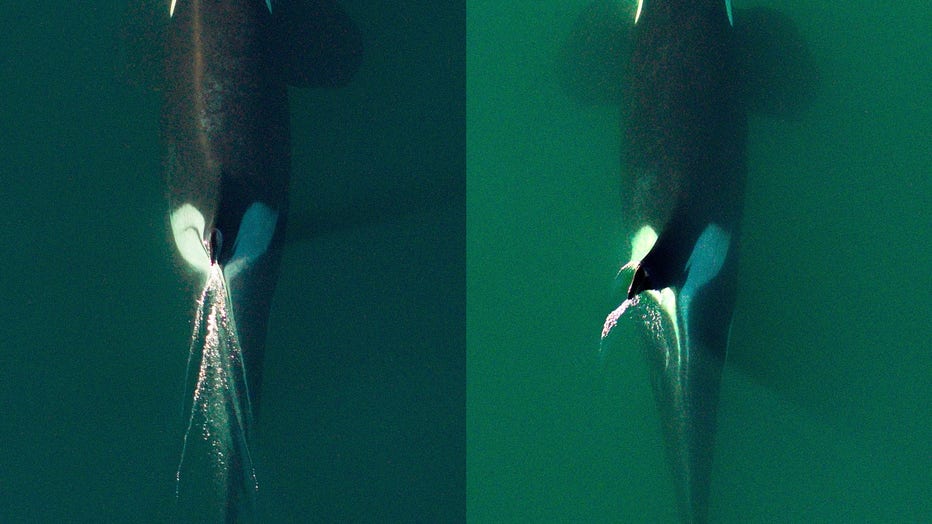 A healthy killer whale's head will normally grow in size from year to year. J27 (above) appears to have lost mass when comparing photos from 2018 to 2022. This is indicates J27 is considered 'vulnerable'. (Photo courtesy: Washington State Department

"While we have reason to remain hopeful with the reports of recent pregnancies, the reality is that there are several Southern Residents that aren’t doing well, and we’re very concerned about the population at large," said WDFW Director Kelly Susewind. "We’re taking action today to address these immediate concerns, and we continue working with our partner organizations to implement the Governor’s Task Force recommendations for the long-term health of these orcas."

Scientists with SR3 and WDFW use drones to take photos and measure whales to monitor if they are eating well, or if they are pregnant with a calf. After analyzing several whales, 13 of them were declared ‘vulnerable’. This is what led WDFW to adopt the emergency rule on Thursday. To see a full list of whales designated as vulnerable, click here.

This emergency order does not affect commercial whale watching for other, healthier species of whales, like Bigg's killer whales, humpback whales, gray whales or any other species currently in the area. However, all boaters are encouraged to follow these restrictions and treat any whale as if it is endangered.

"Each and every boater willing to stay farther away from orcas is critical, particularly when we have so many orcas doing poorly," said Julie Watson, Ph.D., WDFW killer whale policy lead. "We urge everyone to Be Whale Wise and give orcas as much space as possible -- especially if you are unsure whether one of these vulnerable individuals may be present -- to allow this endangered population a chance to recover."

Originally, the governor’s southern resident killer whale task force came up with a recommendation to ban whale watch boats from approaching the entire population. It wasn’t enacted. However, in 2021 WDFW enacted new regulations that kept whale watch boats at a bigger distance than recreational boats for nine months of the year. The compromise: whale watch boats can view Southern Residents in July, August and September – but only during two windows a day, and if whales that aren’t pregnant, deemed vulnerable or young calves are pregnant.

According to Washington law, vessels are required to stay at least 300 yards from Southern Resident killer whales and at least 400 yards out of the path ahead and behind them. Vessels must also reduce their speed to seven knots within one-half nautical mile of Southern Residents.

WDFW is encouraging boaters to keep an eye out for the Whale Warning Flag, a tool from the San Juan County Marine Resources Committee, that indicates that there might be whales nearby. If boaters see the flag, they should slow down and continue to follow ‘Be Whale Wise’ regulations.

The new restrictions are currently in effect ahead of the July-Sept. season when commercial viewing of Southern Resident orcas is otherwise permitted daily.

RELATED: Recreational boaters fined for getting too close to endangered Southern Resident orcas

For more information on the condition of the Southern Resident killer whales, visit WDFW's website here.