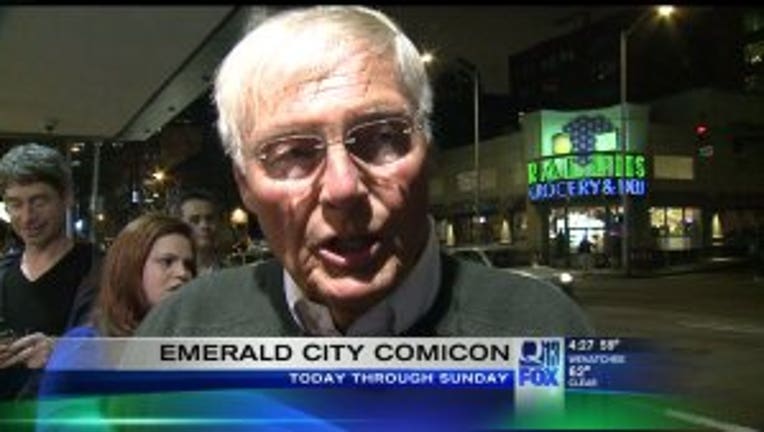 SEATTLE -- The Pacific Northwest's comic book and pop culture convention, the Emerald City Comicon, kicked off with a red carpet event at the downtown Cinerama. It runs through Sunday.

With such celebrities as Christopher Lloyd ("Back to the Future"), Michael Rooker from "The Walking Dead" and Sir Patrick Stewart -- aka Captain Jean-Luc Picard -- among others, there's plenty of star gazing to be had at the event as well.