Behind the scenes at the Macy's Thanksgiving Day Parade

Over the last 17 years, Elf on the Shelf has become a piece of Christmastime tradition and pop culture.

It all started with Carol Aebersold and Chanda Bell’s 2005 children’s picture book, "The Elf on the Shelf: A Christmas Tradition," which was illustrated by Coë Steinwart.

The mother-daughter duo wrote a rhyming book that tells the tale of small scout elves who watch over family homes and report to Santa which children have been naughty or nice.

As part of the lore, scout elves choose a different hiding place each day from Thanksgiving to Christmas Eve.

That hide-and-seek nature of the story played a direct role in the development of a smiley Elf on the Shelf Boy doll that matched the book’s illustrations. Dedicated owners of the doll began placing the festive character in different areas of their homes on a daily basis to keep up with the moving elf charade.

The doll-based holiday game became so popular that in 2008 The Elf on the Shelf Boy doll earned a Best Toy Award from Learning Express Toys – a specialty toy and game retailer.

Other awards and accolades for the doll and book came from iParenting Media, USA Book News and Creative Child that year.

With continued marketing help from former QVC host Christa Pitts – Bell’s twin sister – The Elf on the Shelf brand has routinely been recognized by trade organizations and family groups.

By 2011, the Christmas scout elf got its own animated special on CBS titled "An Elf's Story: The Elf on the Shelf." A year later, the character made its Macy’s Thanksgiving Parade debut.

In the last decade, Elf on the Shelf has expanded its toy offerings with boy and girl elf scout dolls that are available in different skin tones, a line of pet dolls, a doll clothing line and a job-based line of Elf Mates. The brand has even added a "birthday tradition" that includes birthday countdowns and chair decorations.

The brand has discontinued its "birthday tradition" product line, which was introduced in 2013, and included birthday countdowns and chair decorations. Though fans can find "The Elf on the Shelf: A Birthday Tradition" children’s book at select online stores and resale marketplaces.

The Elf on the Shelf parent company – CCA and B, LLC – rebranded in August 2020 to The Lumistella Company, which considers itself a global intellectual property business that’s focused on Christmas lore. Bell and Pitts are leading the family-run business as co-CEOs. 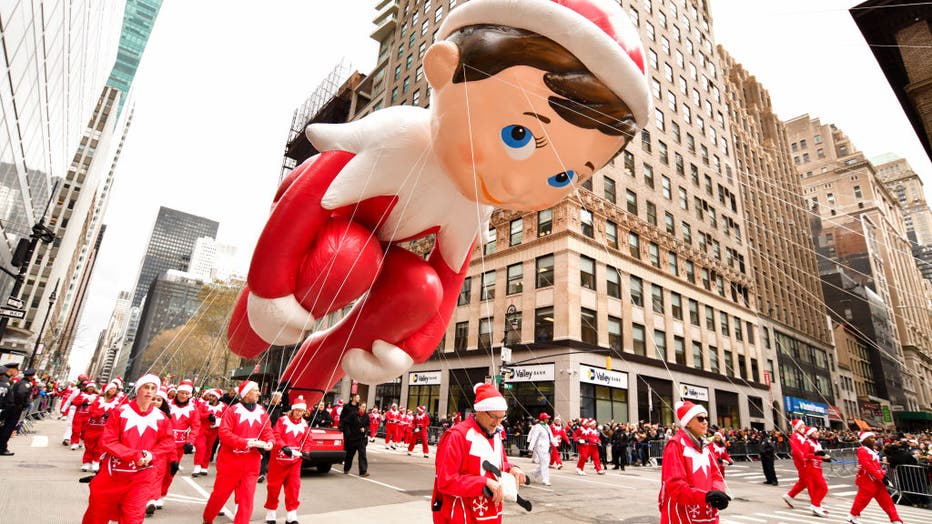 "It’s amazing to think that what began as part of our own family heritage has become an exciting and magical tradition for families across the world," Pitts told FOX Business.

"Now, with over 100 employees that work for Santa Claus year-round, and more than 22.9 million Scout Elves, Elf Pets and Elf Mates adopted globally, The Lumistella Company has made incredible strides in the last year," Pitts added.

While the company has not publicized annual sale numbers in recent years, the brand is certainly a force to be reckoned with its ever-growing list of toys, store-exclusive items, multiple Netflix series and various other licensing deals with food and merchandise manufacturers.

This year alone, The Lumistella Company has launched 28 new products.

Fans can find a Walmart-exclusive Scout Elf Carrier to transport scout elf dolls and a Target-exclusive "In Case of Elftastrophe" picture book that describes how to restore lost Christmas magic (according to The Elf on the Shelf lore).

Pitts told FOX Business that The Elf on the Shelf brand has partnered with Kellogg’s, McDonald’s, Great American Cookies, Tanger Outlets and more in order to "bring Santa’s North Pole to life throughout the season."

The Lumistella Company has a "global reach" that’s "committed to crafting precedent-setting deals and building new brands based on [its] ideas, interests and opportunities," Pitts said in a statement from 2020, after CCA and B’s rebrand.

The Elf on the Shelf brand weathered and overcame supply chain disruptions that were caused by COVID-19 shutdowns, which challenged many in the toy industry.

A media representative for the Lumistella Company told FOX Business that the brand doesn’t foresee supply chain disruptions for 2022.

GET UPDATES ON THIS STORY AT FOXBUSINESS.COM