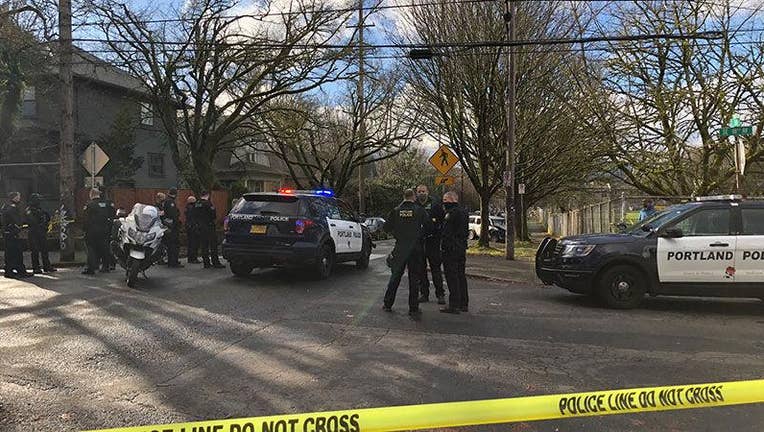 PORTLAND, Ore. (AP) - A motorist repeatedly drove into people along streets and sidewalks in Portland, Oregon, on Monday, killing an elderly woman who was dragged beneath the wheels. The man then tried to flee on foot but neighbors surrounded him until police arrived and wrestled him into custody.

Police received a call shortly after 1 p.m. that a driver had hit a pedestrian, according to Portland Police Bureau spokesman Derek Carmon.

Additional calls then came from people saying a person driving the same suspect vehicle, a Honda Element, was striking other people and vehicles, he said.

Larry Wolfe told The Oregonian/OregonLive that he had an appointment to meet the person who was killed, a woman in her 70s. He said he saw her get hit by the car and scream, and was walking toward her when the car came back, hit her again, did a U-turn and dragged her along the pavement.

The motorist eventually crashed the Honda a final time, fled on foot and with help from the community, was apprehended by police, Carmon said. A group of people saw him run from the scene and corralled him until police were able to take him into custody.

Police did not immediately release the identities of the driver or his victims. The crime scene spans at least 15 city blocks.