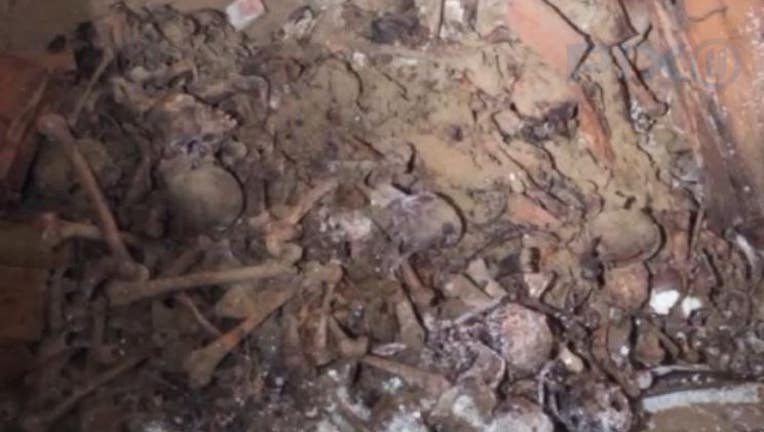 She says they probably were built in the late 18th or early 19th centuries.

Archeologists from Chrysalis were on site because the nearby Greenwich Village park was a Potter's Field for yellow fever victims in the early 1800s.

“The New York City Department of Design and Construction (DDC) was in the process of excavating a century old water-main replacement project at Washington Square Park. Yesterday, our contractor encountered a burial vault that likely dates to the 19th century. DDC has stopped work at the specific location, which is on Washington Square Park East, near the intersection of Waverly Place to permit further evaluation by archeologists and anthropologists. Working together with the Landmarks Preservation Commission, DDC will evaluate the extent and significance of the vault and its contents, we are redesigning the work to accommodate findings of importance. In the meantime, excavation work continues south of the burial vault. The vault is being protected and passage by vehicles and pedestrians will be restricted. The impacted area will be blocked off until further information is developed.” 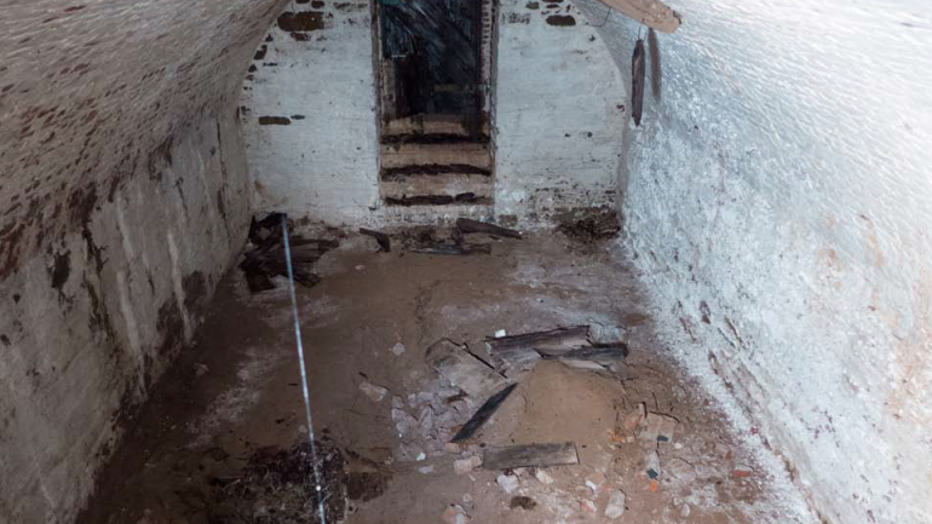