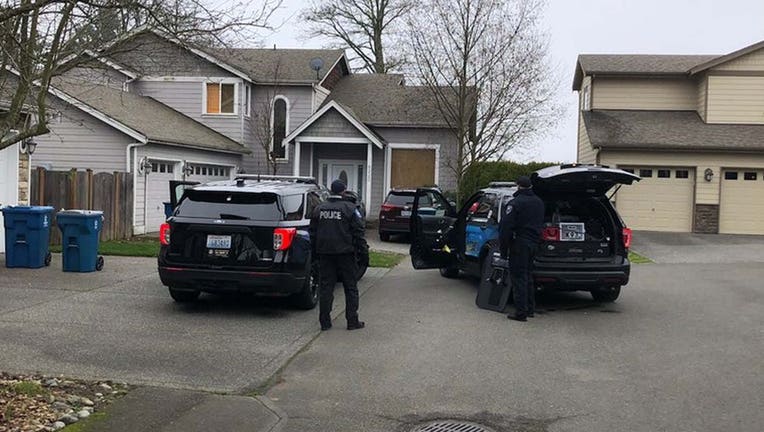 EDMONDS, Wash. - Edmonds Police arrested a 23-year-old domestic violence suspect, after a nearly nine-hour standoff where he barricaded himself inside his home.

Officers were called to a domestic disturbance at a home near 234th Street and 82nd Place Way around 10 a.m. Sunday. The caller was inside the home at the time, telling dispatch a man was fighting with his family and armed with a knife.

When officers arrived, a man and two boys were running out the front door. They went to the police and told them the suspect—the man's son, and boys' brother—was still inside with his mother, and said he threatened to kill the entire family. They said they ran when he raised a knife at them.

Negotiators attempted to speak with the suspect for several hours after, and the North Sound Metro SWAT Team was called in to assist.

Around 7:15 p.m., the suspect was taken into custody and treated for exposure to pepper powder; Edmonds Police did not clarify whether that exposure was caused by pepper-ball projectiles.

The family was provided temporary shelter by Snohomish County Support 7, then were able to return to the home Sunday evening.