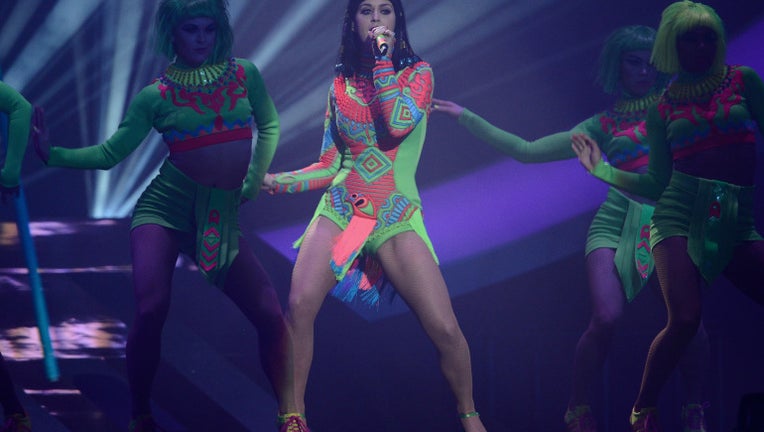 NEW YORK -- Get ready to hear that voice, hear that sound -- like thunder gonna shake the ground.

Confirming rumors that had been around at least since last month, the NFL said Sunday that Katy Perry will headline the next Super Bowl halftime show.

Following in the show-stopping dance steps of Bruno Mars from this year might be a tall order. But Perry says she's already planning her own fireworks.

"I've got some insane ideas this year," she said in a video posted soon after the announcement. "What if we covered the stadium with glitter?

It's not hard to see why the NFL would want to pursue Perry. Here are three reasons why we think she'll kill it.

Katy Perry's music is essentially the stuff Super Bowl halftime dreams are made of. Much of her catalog is high-energy, danceable pop that's just cheeky enough to be entertaining without losing a sponsorship.

And she has a backlog of hits to choose from: There's "Birthday" and "Roar" from her 2013 release "Prism," plus older but still-in-rotation tracks like "Firework," "Peacock," "California Gurls" and "I Kissed A Girl."

2. Everyone from your grandma to your 3-year-old nephew knows her music

In 2011, Katy Perry tied with Michael Jackson -- not bad company -- with five No. 1 singles from the same album. You don't accomplish that without some serious fan power, young and old.

And when we say young, we mean young: "Dark Horse" has been known to soothe at least one baby.

3. She gives a show-stopping performance

One of the things critics took away from Perry's 2012 concert documentary, "Part of Me," is just how much work goes into a Perry performance. From the costumes to the set pieces, Perry creates her own whimsical wonderland -- as anyone who's seen one of her videos can attest. We can only imagine the kind of creation that would accompany a Super Bowl halftime show.