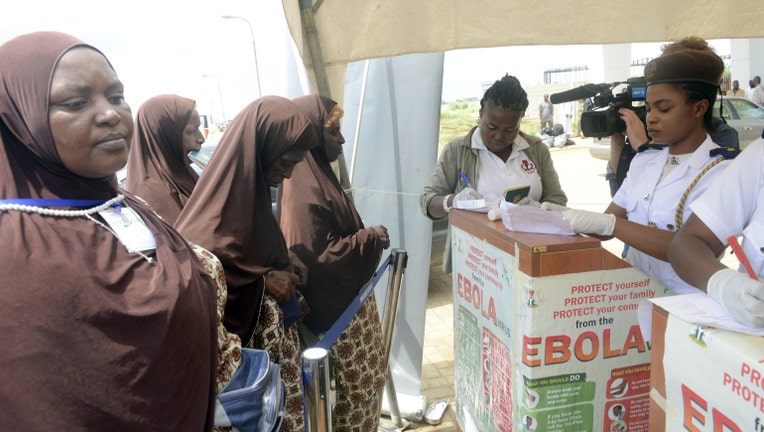 SEIRRA LEONE -- As hospitals in nations hardest hit by Ebola struggle to keep up, desperate patients are turning to the black market to buy blood from survivors of the virus, the World Health Organization warned.

The deadliest Ebola outbreak in history has killed at least 2,400 people in Guinea, Liberia and Sierra Leone -- the countries most affected by the virus.

Thousands more are infected, and new cases have emerged in Nigeria and Senegal.

Blood from survivors, referred to as convalescent serum, is said to have antibodies that can fight the deadly virus. Though unproven, it has provided some promise in fighting a disease with no approved drug to treat it.

"Studies suggest blood transfusions from survivors might prevent or treat Ebola virus infection in others, but the results of the studies are still difficult to interpret," the WHO said.

"It is not known whether antibodies in the plasma of survivors are sufficient to treat or prevent the disease. More research is needed."

Convalescent serum has been used to treat patients, including American aid worker Rick Sacra, who is hospitalized in Omaha, Nebraska. He got blood from Kent Brantly, a fellow American who survived Ebola. Both got infected when they were helping patients in Liberia.

But unlike their situation, patients in affected nations are getting blood through improper channels. The illicit trade can lead to the spread of other infections, including HIV and other blood-related ailments.

"We need to work very closely with the affected countries to stem out black market trading of convalescent serum for two reasons," Margaret Chan, the WHO's director-general, said this week.

"Because it is in the interest of individuals not to just get convalescent serum without ... going through the proper standardand the proper testing because it is important that there may be other infectious vectors that we need to look at."

Heath experts have declared the disease a global emergency and criticized the international community for a lax response.

Hospitals in affected nations are overwhelmed, and the WHO has described the outbreak as a "dire emergency with ... unprecedented dimensions" of human suffering.

"If the outbreak is not stopped now, we could be looking at hundreds of thousands of people infected with profound political and economic and security implications for all of us," Obama said.

Could the virus mutate?

There is also a concern that the virus could mutate into an even more dangerous form.

Ebola currently transmits only though contact with bodily fluids; a mutation that allows the virus to spread through the air would pose a catastrophic threat to people worldwide, experts say.

Meanwhile, a French volunteer with Doctors Without Borders contracted Ebola in Liberia and will be taken to France for further treatment, the group said Thursday.

A private American plane will be used for the evacuation, according to the organization, which is known by its French acronym, MSF.