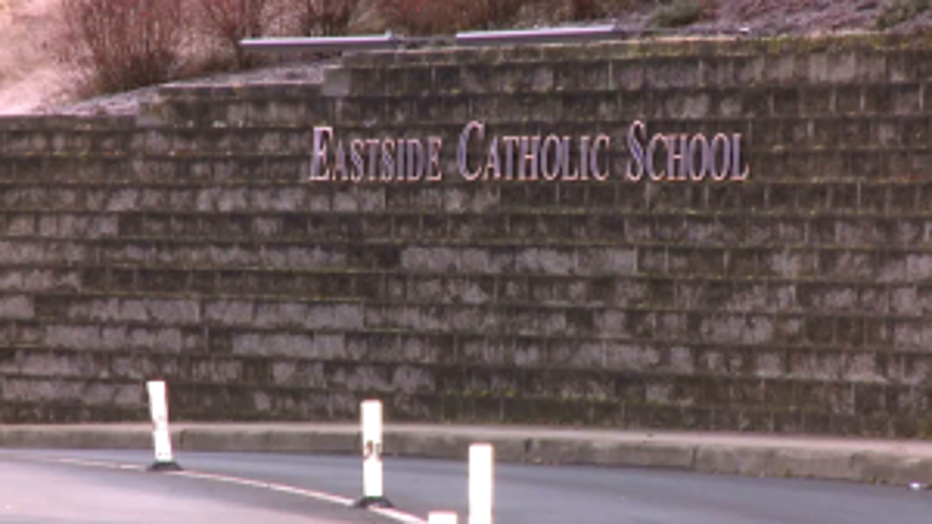 SAMMAMISH -- Eastside Catholic School President, Sister Mary Tracy, has been taking heat after her decision to fire the school's vice principal because he married his gay partner. The embattled Tracy resigned as president and head of school at Eastside Catholic on Tuesday, effective immediately.

Eastside Catholic administrators released this statement: "For Sister Mary it was a difficult, but necessary decision so that a new leader can be brought in to ensure the entire Eastside Catholic community is moving forward on a positive path."

"We're all here for him we accept him for who he is, we're ashamed that this has happened. We're going to do everything we can to stop it,” student Julia Burns said.

There was a sit in and demonstrations. Students even skipped class to protest what they say was Zmuda's forced resignation, not because he is gay, but because he married another man.

With many parents still upset, some say Sister Mary Tracy's resignation is a big, big step in the right direction.

"It's a bittersweet victory... It's sad that we're here and it came to this but this is what had to happen to reopen an open communication with the Board and to set things right,” said parent Florence Colburn.

Colburn and about twenty-five other parents and alumni met Tuesday night for a regularly scheduled meeting.

Sister Mary Tracy's resignation was not on the agenda at first, but when news of her departure broke they spent a lot of time talking about what will come next.

They all signed a petition about issues facing the school - top among them now: the reinstatement of Vice Principal Mark Zmuda.

"This is what we're working towards and it had to start with a change in leadership to even have that dialogue,” Colburn said.

Eastside Catholic administrators released this statement Tuesday saying 'Sister Mary came to this decision after much prayer and reflection. For Sister Mary it was a difficult, but necessary decision so that a new leader can be brought in to ensure the entire Eastside Catholic community is moving forward on a positive path.'

The search for a new president at Eastside Catholic begins immediately.