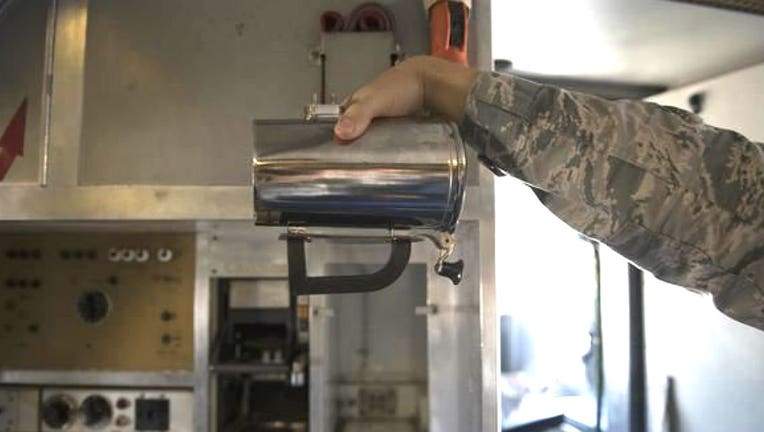 While nobody wants the nation's airmen to have to drink cold coffee, Air Force officials have admitted that spending $1,280 for a metal mug that breaks easily is "irresponsible," USA Today reports.

Air Force Secretary Heather Wilson said in a letter to Sen. Chuck Grassley that the service has spent $326,785 since 2016 on the special mugs, which can reheat drinks on air refueling tankers in flight.

Service members tell Fox that because of their design, the handle breaks easily when the cups are dropped—and when that happens, a new mug has to be purchased at great expense because replacement parts are not available. Decreased production has caused the price of replacement cups to almost double over the last few years.

After Grassley wrote to the Air Force, questioning what he called "yet another report of wasteful spending in the Department of Defense," Wilson told him that a solution was in the works.

"It is simply irresponsible to spend thousands of dollars on manufactured parts when we have the technology available to produce them ourselves," she told the Republican.

Grassley said in a statement Friday that while he was glad to hear about the innovations, he's still not sure why the Air Force can't find a cheaper alternative to a $1,280 cup in the first place. "Government officials have the responsibility to use taxpayer dollars efficiently," he said. "Too often, that’s not the case." (The Air Force also paid $30,000 for three toilet seat covers.)