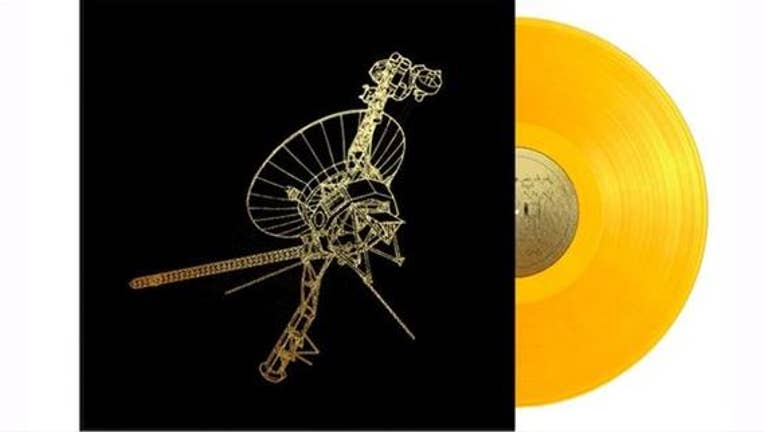 It’s been dubbed "music for aliens," but the Voyager golden record, sent into space on NASA's Voyager 1 and 2 in 1977, was as much "a gift to humanity" as it was "a gift from humanity to the cosmos," per a Kickstarter campaign.

In a project overseen by astronomer Carl Sagan, the gold records were filled with sounds from Earth, including music from Bach and Chuck Berry, sounds of nature, and greetings in 55 languages, reports Pitchfork.

But most humans never got a chance to listen. Two copies are now in deep space with the Voyager crafts, one was reserved for Jimmy Carter, and a handful of others were distributed to NASA centers, reports the New York Times.

Sagan himself couldn't even get one. As the 40th-anniversary approaches, however, Ozma Records hopes to raise $198,000 to release vinyl copies. It looks on track to meet that goal.

With 28 days left in its Kickstarter campaign, it has already raised $155,000 from more than 1,300 backers as Thursday. Those who donate $98 are promised a "Voyager Golden Record Box Set," complete with three vinyl LPs in a cloth-covered box with gold foil inlay and a full-color book of images.

Digital downloads are also available for $25. "It is as relevant now as it was in 1977. Perhaps even more so," says Boing Boing editor David Pescovitz, who's teamed up with Amoeba Music's Timothy Daly and graphic designer Lawrence Azerrad to produce the records.

"Our hope is that this release … will provoke questions about our place in the universe, open our minds to possibility, and serve as a reminder that the future is really up to all of us." (A tiny toy is one of Kickstarter's most lucrative projects ever.)

This article originally appeared on Newser:Earth's Message to Aliens Coming to Humans Soon