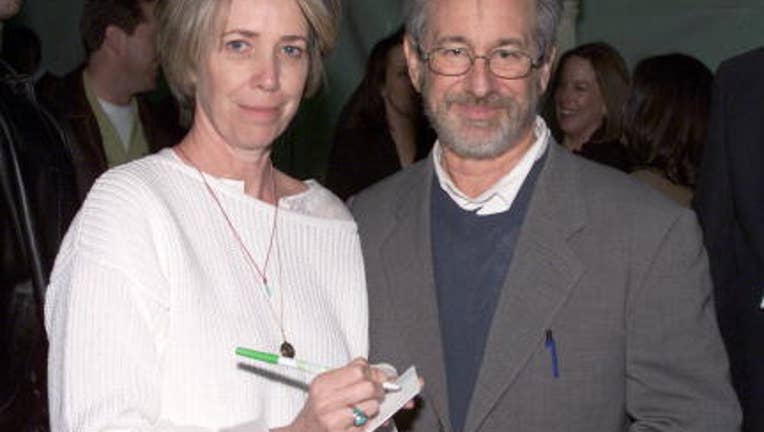 Screenwriter Melissa Mathison and Steven Spielberg at the 20th anniversary premiere of "E.T. The Extra-Terrestrial" at the Shrine Auditorium in Los Angeles, Ca. Saturday, March 16, 2002. Photo by Kevin Winter/Getty Images

LOS ANGELES (AP) — Melissa Mathison, the screenwriter who crafted the enchanting worlds of iconic family films including "E.T. the Extra Terrestrial," has died. She passed away Wednesday at age 65 after a bout with neuroendocrine cancer, her sister, Melinda Mathison Johnson, confirmed.


The LA native had a humble but high-profile start — her first credited work was in assistant roles on "The Godfather: Part II" and "Apocalypse Now," before she broke out with her script for "The Black Stallion." She often collaborated with producers Kathleen Kennedy and Frank Marshall and worked with directors like Steven Spielberg, Martin Scorsese and Frank Oz.

Her last credited work is on Spielberg's adaptation of Roald Dahl's "The BFG," which comes out next year.

Mathison had been married to Harrison Ford for 21 years before they divorced in 2004. They have two children.