“Most of the students were scared,” said Tyler Martin, a junior. “You know something could happen, especially with what happened at Sandy Hook.”

School officials told police that they received an e-mail that made threat of a “hostage take-over and blood bath” and said the school needs to be “swept.” The threat indicated that an incident would happen around noon.

“The e-mail indicated that there were some bombs hidden in the school and that they would go off around lunchtime,” said King County Sheriff’s Office spokeswoman Cindi West.

All 2,000 students were released from the school.

King County sheriff’s deputies with K-9 units searched the school for at least two hours and found nothing.

West said that it appeared the e-mail was sent from a former student that hacked into another former student’s e-mail account and sent the note. Police are working on locating the suspect.

“It’s not like the old days where kids pulled fire alarms and they got suspended for the day,” said West. “This is serious business, this is a crime and potentially a felony.” 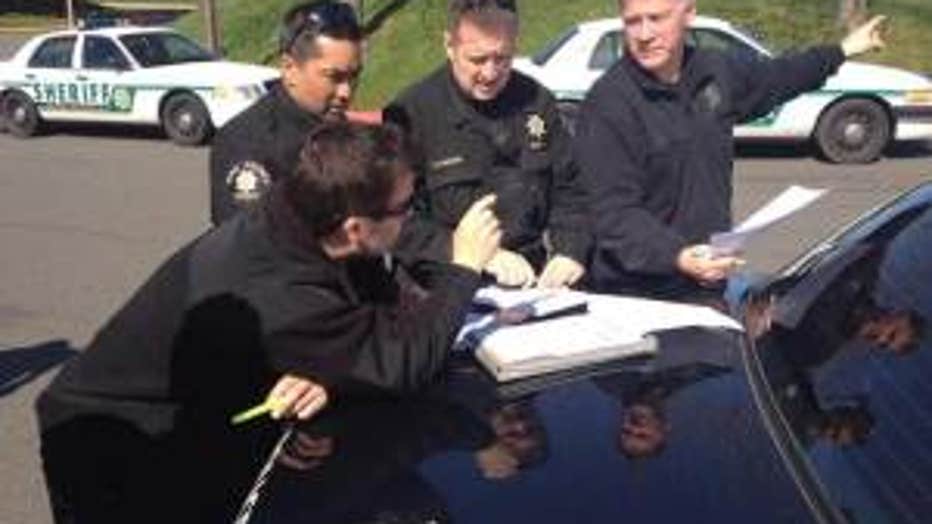