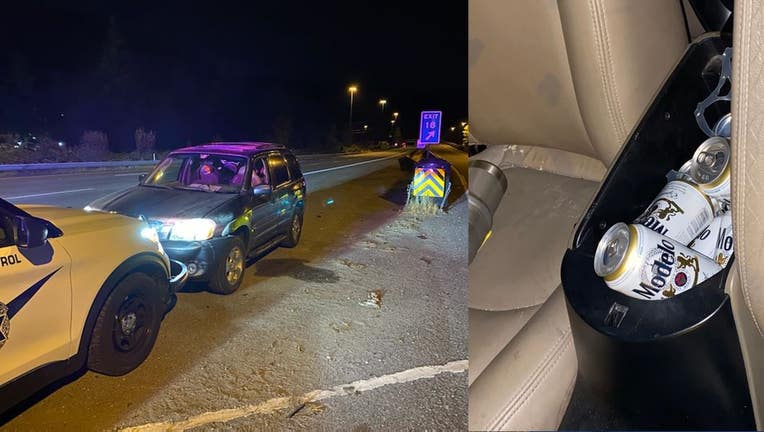 According to the WSP, just before 1:00 a.m., 13 people called 911 to report a driver traveling in the opposite direction of eastbound I-90. Authorities say those 13 calls served as important updates for troopers to zero in on the suspect’s location.

The WSP says when troopers arrived, the driver was pulled over on exit 18 near Gore Point in Issaquah still facing the wrong way.

RELATED: Driver arrested for DUI after slamming into a state trooper in Federal Way

Authorities say beer cans were clearly visible inside the armrest storage box, and the suspect was arrested, booked into the King County Jail on charges of driving under the influence and reckless driving.