EVERETT -- Several drug detox centers across Washington could be shut down in months if the Legislature does not act.

Evergreen Manor is one of those centers. It operates the only publicly funded detox center in Snohomish County. 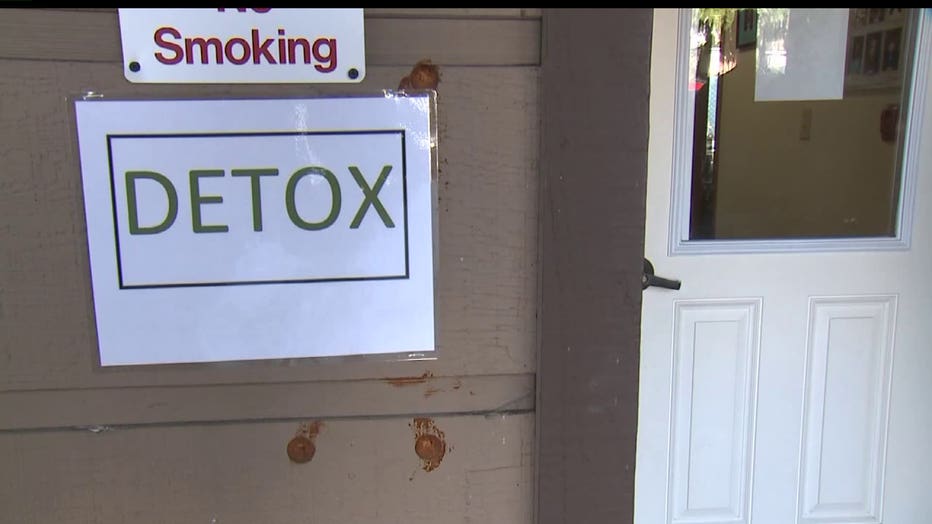 They take in about 1,000 drug addicts every year; they are mostly low-income on Medicaid, people who wouldn’t have anywhere else to go for help.

“God I hate this stuff,” said a patient who asked that he be identified only by his first name, Hahn.

Hahn is talking about heroin and the agonizing withdrawal he is feeling.

“I am pacing here up and down, you have anxiety, so much pain,” Hahn said.

His only lifeline is the 24-hour counseling and medical care at Evergreen Manor.

But there are only 16 beds on any given night so space is limited.

“We had 30 people call, wanting a bed today, and we have two beds,” Director Linda Grant said.

Evergreen Manor says they are getting less Medicaid money since the Affordable Care Act went into effect.

If lawmakers don’t approve $250,000 for state detox programs, Evergreen Manor will have to lose all 16 beds and cut many of its outpatient services

And some patients may not survive without the programs.

“This is about life, it’s life or death for us,” Nicole Hydara said.

Hydara says she lost custody of her son because of meth addiction.

With the help of Evergreen Manor, she kicked the habit and now she has her 3-year-old son back.

“I have a lot of criminal history and since I’ve been in treatment and out of treatment I have not gotten into trouble,” Hydara said.

Grant says her center is helping to keep addicts out of police cruisers.

“When a person gets out of recovery, they stop stealing, they stop prostitution, all the things they were doing illegally,” Grant said.

It’s one more night of staying drug free. For Hahn there is a long road ahead. He says the only thing keeping him away from the needle is this center.

“I probably would be doing drugs,” Hahn said.

Grant says lawmakers got no where on Wednesday and time is running out. This year’s legislative session ends Thursday.