SEATTLE -- Driving in the Pacific Northwest can be trying, especially in Western Washington. For many drivers, patience wins the day. A new poll from PEMCO Insurance asked about drivers in Washington and Oregon and how much we use the horn on any given day. The answer overall answer isn’t surprising, but diving deeper, the numbers are interesting and speaks to how many in the Northwest may be suffering in silence.

The Seattle-based insurer found that about three in four drivers refuse to honk their horns at offending commuters even though it’s the proper way to let a distracted driver know to take action. We’ll check out the numbers for Washington State. The complete survey can be found here. 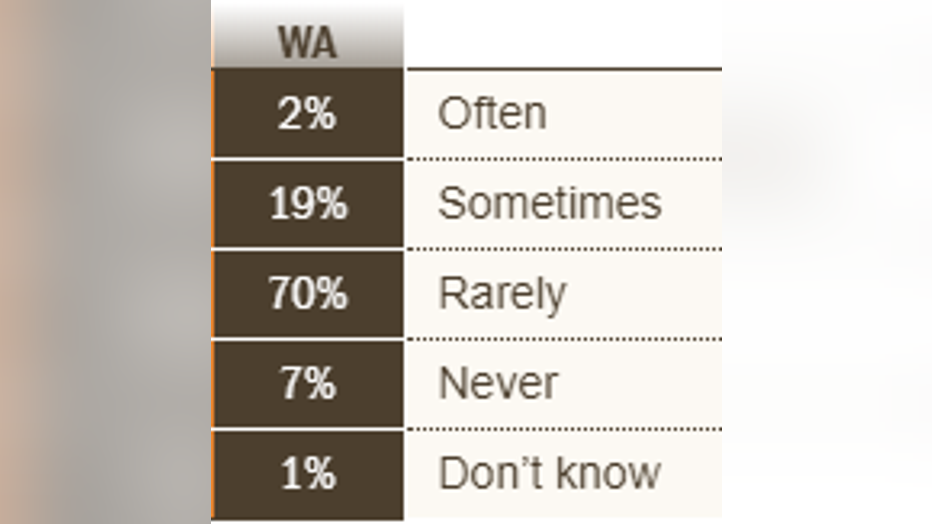 PEMCO asked people to compare if they believe drivers in the Northwest used their horns more or less that other regions of the U.S. 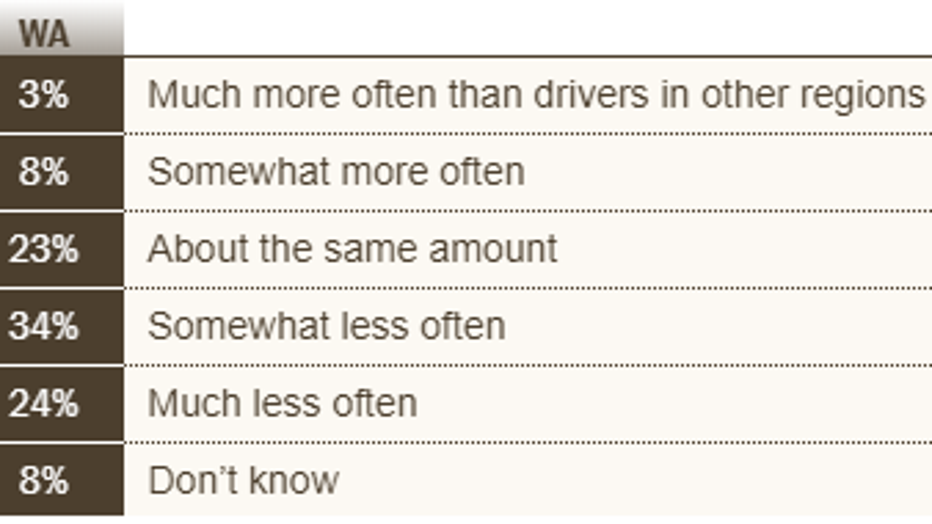 They dug deeper asking that when people were honked at, what their reaction would be.

Almost 50 percent of women said it startles them. The highest response from men, 40 percent, is that they acknowledge their mistake with a gesture of thanks. And actually more women than men say they thank the other driver.

Seven percent of men and six percent of women admit that if someone honks at them, that it makes them mad---and they let the person honking know it.

PEMCO didn’t ask how they let the other drivers know. 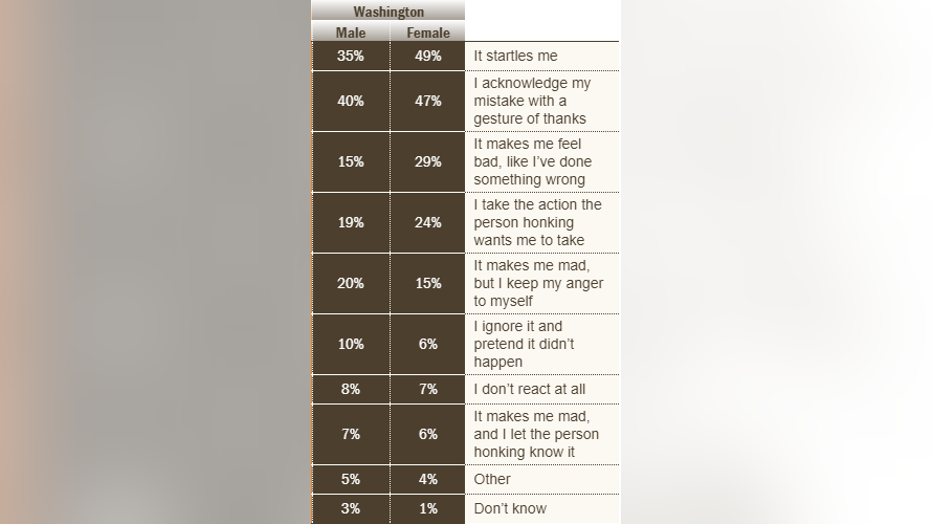 The explanation as to Northwesterns’ feelings on honking, PEMCO says it may lie in the fact that drivers here take honking personally.

PEMCO says that younger drivers tend to be more aggressive when it comes to honking, however they feel worse than their older counterparts when they’re the ones on the other side of the horn.