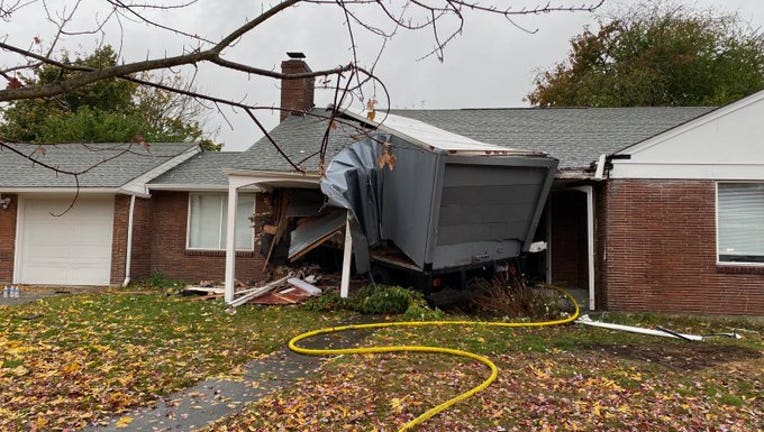 SEATTLE - A driver was pulled out of a truck that crashed into a home near Green Lake on Monday morning.

Crews responded at about 10:30 a.m. to a report of a dump truck that crashed into a structure at North 85th Street and Wallingford Avenue North.

When firefighters arrived, they pulled a person out of the truck who was trapped.

Another person, who was in the passenger seat, made it out on his own.

Seattle police said roads in the area are still very slick due to the rain.