MONTESANO, Wash. -- The driver of a red 1992 Maxda MX3 traveling eastbound on State Route 12 one mile west of Montesano saw a collision ahead on the road, applied brakes and lost control of her vehicle, which slid under a tractor-trailer in the next lane, the Washington State Patrol said. 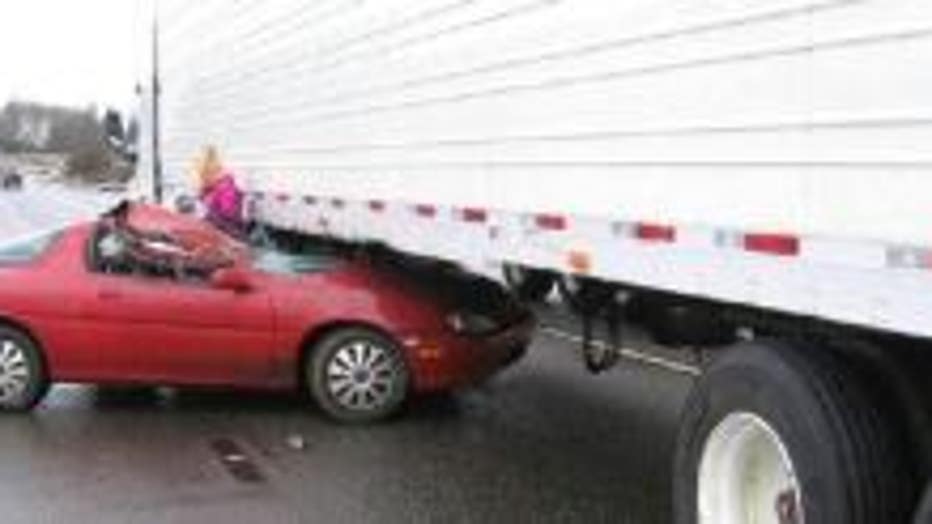 The driver of the car, Viona McCleod, 62, of Montesano, was transported to Grays Harbor Community Hospital with non-life-threatening injuries.

The driver of the truck was not injured.

The Washington State Patrol listed the cause of the crash as “speed too fast” and said charges were to be filed against the driver of the car for traveling too fast for conditions.

The roadway was blocked for more than an hour as a result of the accident, the State Patrol said.