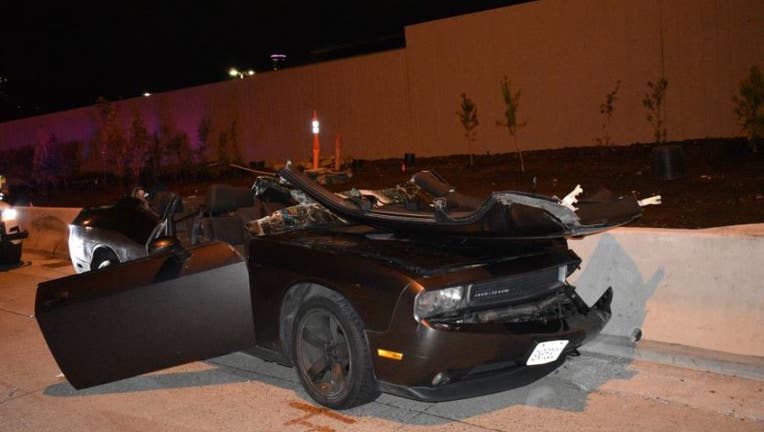 SEATTLE - A driver was injured Monday night after someone threw a rock from a construction area onto I-90 East in Seattle. It's the third such incident in two weeks.

According to Washington State Patrol, the driver was hit on I-90 near Rainier Avenue about 11:15 p.m. The driver's face was injured, which caused the driver to crash into a barrier. WSP says there is "no suspect at this time."

It happened less than two weeks after a Department of Transportation camera captured video of a man throwing rocks onto I-90 West near 18th Avenue South in Seattle. Troopers chased the man but were unable to catch him.

No injuries or damage was reported on June 4.

Investigators believe that suspect is the same man who also who threw concrete or large rocks onto I-90 near the Mount Baker Tunnel in Seattle on June 1, hitting two cars and injuring at least two people.

RELATED: At least 2 people hurt after large rocks thrown at cars driving on I-90 in Washington

Trooper Rick Johnson says there have been 74 reported rock-throwing incidents in the downtown Seattle I-5 and I-90 corridors this year alone. Anyone with information is asked to call Washington State Patrol.

Large rocks hurled at cars driving on I-90 in Washington

At least two people were hurt when rocks or large pieces of concrete hit their cars while driving on Interstate 90 in Western Washington.