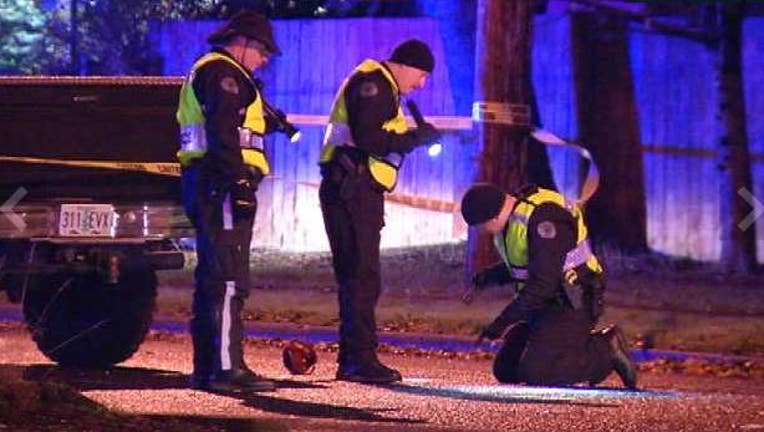 VANCOUVER, WA (KPTV) -- The Vancouver Police Department arrested a man on the charge of driving under the influence of marijuana in connection with a deadly crash in Vancouver.

Police believe this is the first deadly crash involving marijuana since it became legal in Washington.


Investigators said the driver hit and killed a pedestrian around 5:50 p.m. on East Mill Plain Boulevard and Andresen Road.

Police said the victim, a male in his 50s, was believed to be walking back from Safeway and stepped out into the middle of traffic.

The driver, Scotty Rowles, was driving westbound on East Mill Plain Boulevard and could not stop his car in time, police said.

Detectives said Rowles cooperated with the investigation, but after interviewing him they determined there was enough evidence to arrest him on suspicion of driving under the influence of marijuana.

Police believe this is the first deadly crash involving the drug since it became legal in the state of Washington.

Police said the victim was close to two different lit and controlled intersections, but chose to step out into the middle of traffic, which would clearly put him at fault.

However, because Rowles was believed to be under the influence of marijuana, Washington State law would mean he is technically at fault, according to police.

The victim's ID will be released after police notify his family.