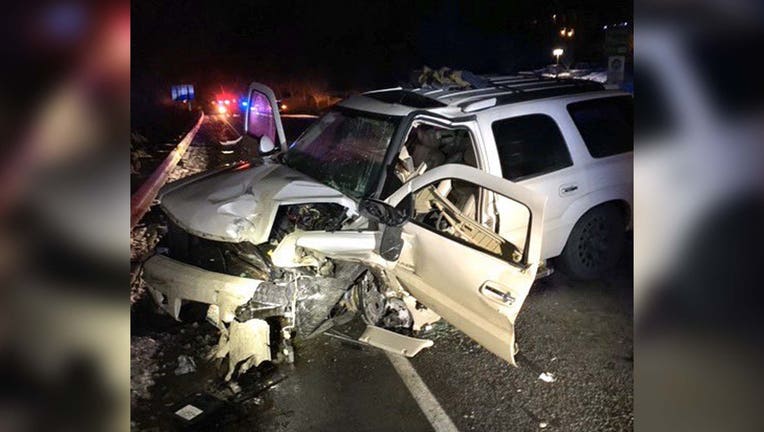 Authorities say the driver who caused the crash was arrested for suspicion of driving under the influence.

Troopers confirmed this was a fatality crash, but it is unknown how many people were injured or died.