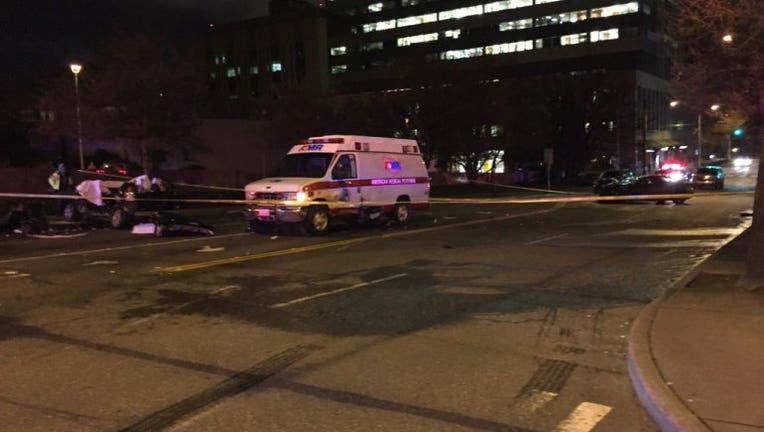 SEATTLE -- One person was killed in a three-vehicle crash involving an ambulance just after midnight Wednesday.

Seattle police say the driver of an Acura sedan was speeding westbound on James Street when it crashed into a Toyota Prius that was heading south on Boren. Both cars then collided with an AMR ambulance at the intersection.

The 60-year-old driver of the Prius died at the scene.

The driver of the Acura, a 27-year-old man, showed signs of impairment and was arrested for investigation of vehicular homicide, police said.

Nobody inside the ambulance was hurt.

Detectives from the Traffic Collision Investigation Squad are investigating.