The dramatic dash-cam video above was taken by Guanting Li.

Investigators said the pilot of the Piper aircraft, a man from Oregon, took off from Everett's Paine Field just before 3:30 p.m and then began losing engine power. He told investigators he was losing too much altitude to return so he attempted to land on Harbour Point Boulevard because it was clear. The plane, however, clipped power lines and then hit a street light, rupturing a fuel cell.

No one was seriously injured, and the pilot and his passenger walked away from the accident.

Nearby resident Ron Cohen, a pilot himself, said of the plane's pilot, "It looks like he did an incredible job."

The crash knocked out power to residents in the area, but power was quickly restored, Snohomish County PUD said.

One of the people in a work van said a wing of the plane clipped their vehicle. Amanda Hayes said there was a fireball after that, and she and her co-worker ducked down under the dashboard. Here is an interview with her:

A National Transportation Safety Board agent provided some more details on the pilot's decision-making.

Mukilteo Police tweeted these pictures of the downed plane. 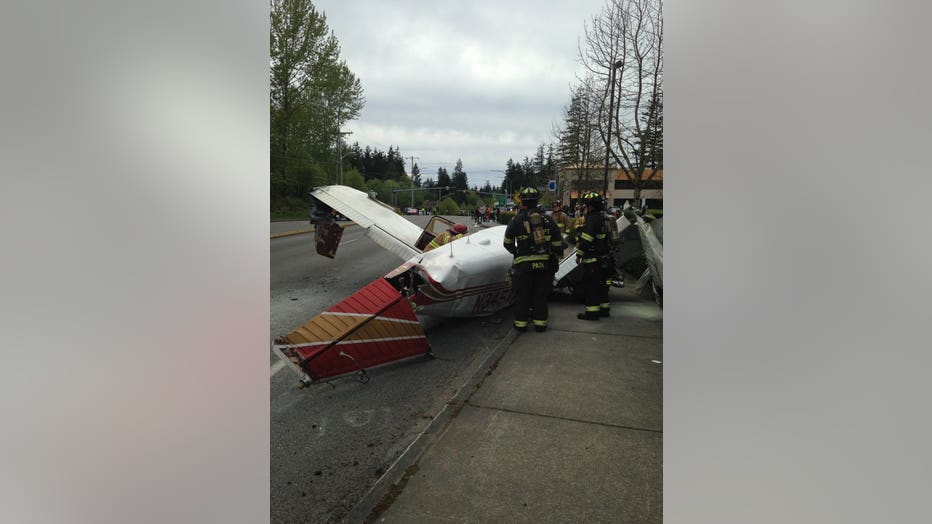 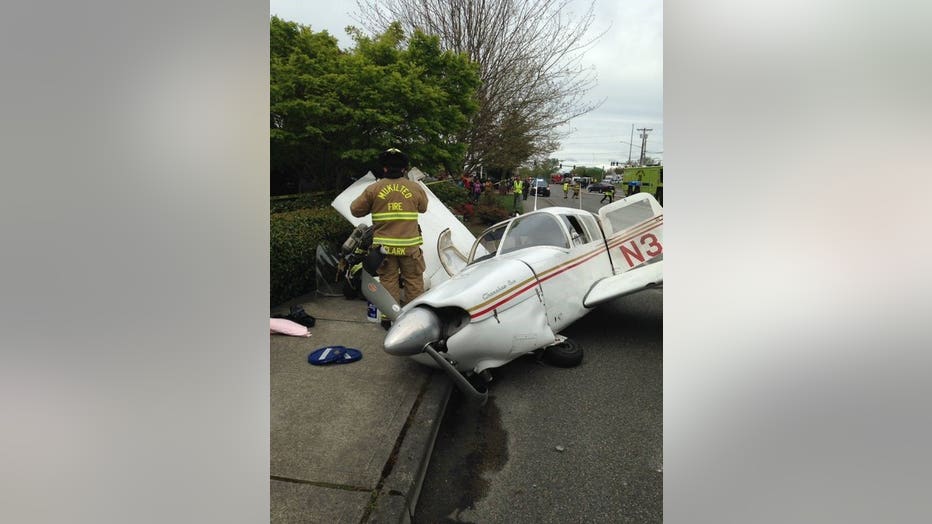 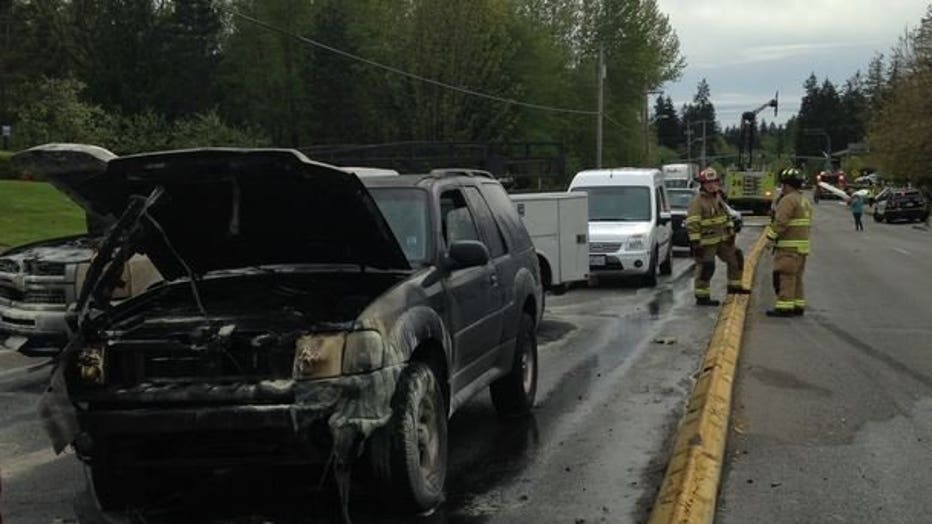 Lynnwood Fire tweeted these close-ups of the downed plane 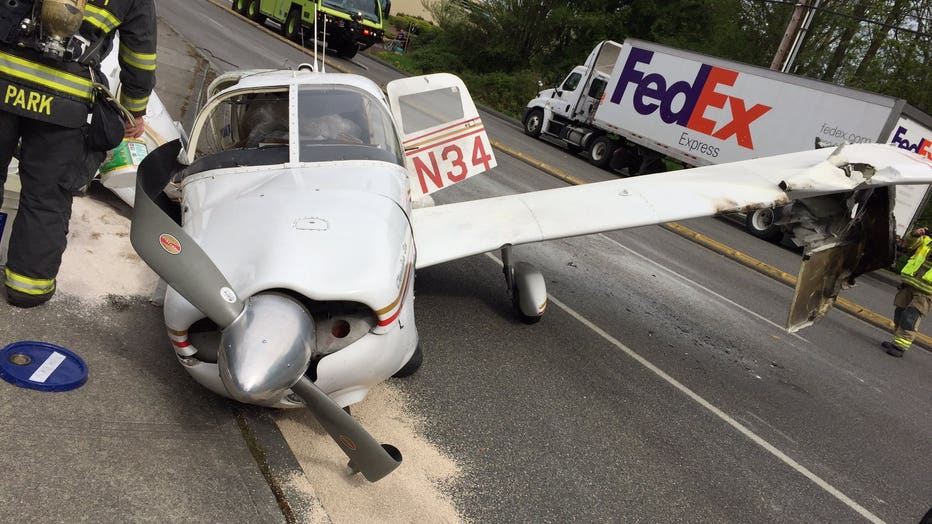 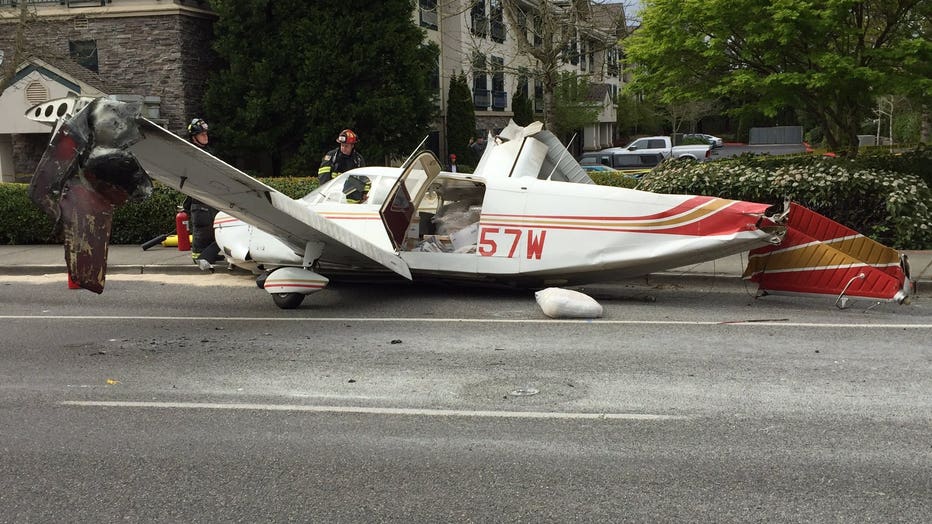