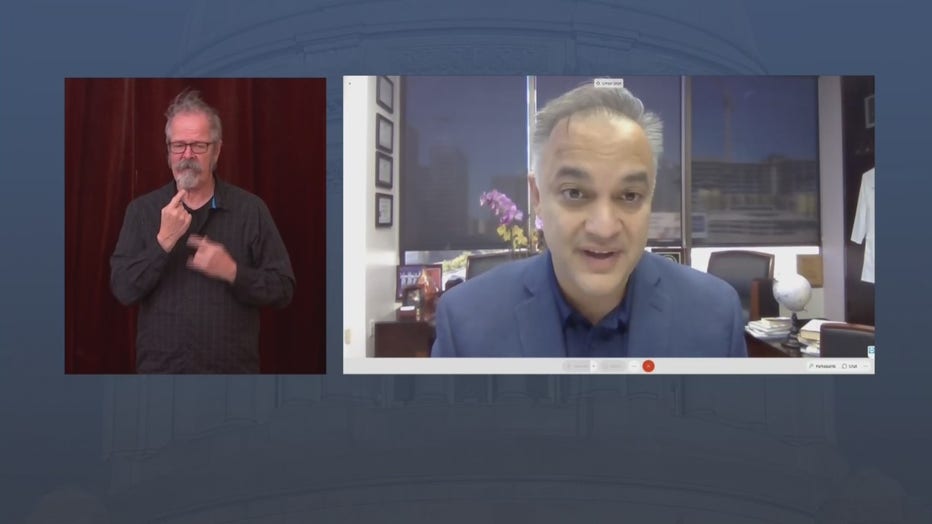 Shah, who will start Dec. 21, currently serves as executive director and local health authority for Harris County Public Health in Houston, Texas. He will replace John Wiesman, who announced in May that he will resign his role in January 2021 to take a job at the University of North Carolina after staying on a few weeks to help with the transition.

“His willingness to come to Washington to help our state is something I’m greatly appreciative of,” Inslee said a news conference announcing the appointment.

Shah has led Harris County Public health for the past seven years. Before that, he was chief medical officer of Galveston County Health District and served as an emergency department physician at Houston’s DeBakey VA Hospital for more than two decades.

Shah said that his top priority is to continue the fight against COVID-19. Like many states across the country, Washington has seen a surge of new cases and Inslee and health officials on Tuesday continued to warn of “explosive growth” across the state.

On Monday night, state health officials on Monday reported an additional 1,492 COVID-19 cases and 29 deaths throughout Washington, and Inslee indicated the state could see another record setting day when the Department of Health updates numbers later in the day.

“This is an explosion that is taking place in the state of Washington,” he said.

The latest update brought the state’s totals to more than 131,500 cases and 2,548 deaths, according to the state Department of Health. On Sunday, Inslee announced new restrictions on businesses and social gatherings for the next four weeks in light of the rising numbers. Those restrictions include the closure of fitness facilities and gyms, bowling centers and movie theaters and requiring restaurants and bars to be limited to to-go service and outdoor dining.

Shah, who served as president of National Association of County and City Health Officials in 2017, received the Roemer Prize for Creative Local Public Health Work from the American Public Health Association in 2019 for bringing public health services into neighborhoods most devastated by Hurricane Harvey.

“I’m a strong proponent of public health and the importance of prevention, the importance of government working together at the federal, state and local levels,” Shah said. “Right now the most important focus for everyone is fighting COVID-19.”