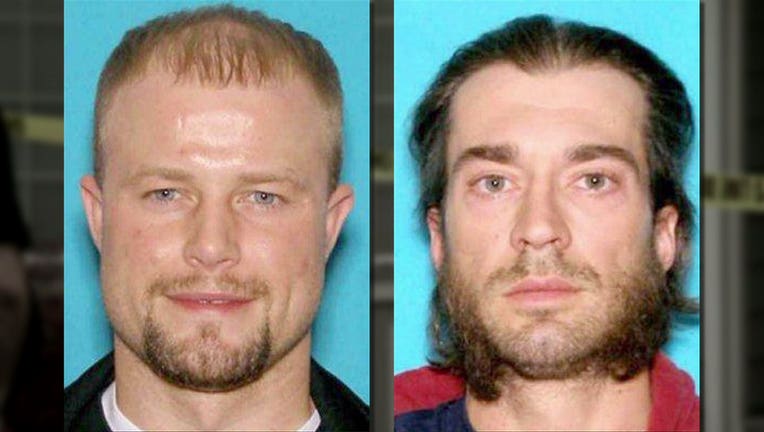 PUYALLUP -- Behind the crime scene tape, what detectives didn’t find inside a Puyallup-area home told them a lot about the killer.

“It looked like evidence had been removed or an attempt had been made to destroy the evidence inside the house,” said Pierce County sheriff's detective Brian Lund.

Travis Dennis and his friend Jeffrey Poling were both discovered inside the same room, shot to death in the home in the 9400 block of 175th St. Ct. E. in the Puyallup area.

Lund explains, “At about 8 p.m. on Monday, May 28th 2012, the parents of one of the victims had lost contact and they came over here to check on them and discovered them inside the house.”

Detectives believe whoever killed the men were not strangers. “The house appeared to be locked from the inside. All the shades were pulled. It appeared that whoever came into the house, the suspects were let in the house, possibly by the victim or someone else,” Lund recalled.

Travis was Melani Carchano’s only son. She says his behavior had recently become strange.

"Two years before he was murdered, I noticed a major change in my son,” Carchano explained.

It was drugs. She tried her best to save him during their last conversation.

“I was just like Travis, there’s something going on. You’ve got to talk to mom, please. And he just said, ’I love you mom’. Everything’s going to be okay. But I knew when he walked out that something just didn’t feel right.”

A few days later, he was dead.

Detectives say his killer or killers took their time inside the house, leading them to believe this may have not been a first murder for the killers.

“It doesn’t appear to us like they were in a hurry to leave, so it could be somebody who has done this in the past,” Lund said.

Investigators and the victim’s families are certain that the people responsible have talked and someone knows who did this, and hope they'll finally come forward with what they know.

“We believe the people that were around Travis or had dealings with him, somebody knows something, but is fearful,” Lund adds.

Carchano pleads for those people to tell what they know, “Please, if you know anything, no matter how big or how small it may be, please come forward.”

Investigators spent two days processing the crime scene and have evidence that could lead to the killer or killers -- they just need your help giving them another piece to this puzzle.

If you know anything that can help solve this double murder, call an anonymous tip into: